Although reform of the electricity sector is about two decades overdue, the state’s new electricity plan was adopted in record time. The government now has a free hand to award contracts worth hundreds of millions of dollars 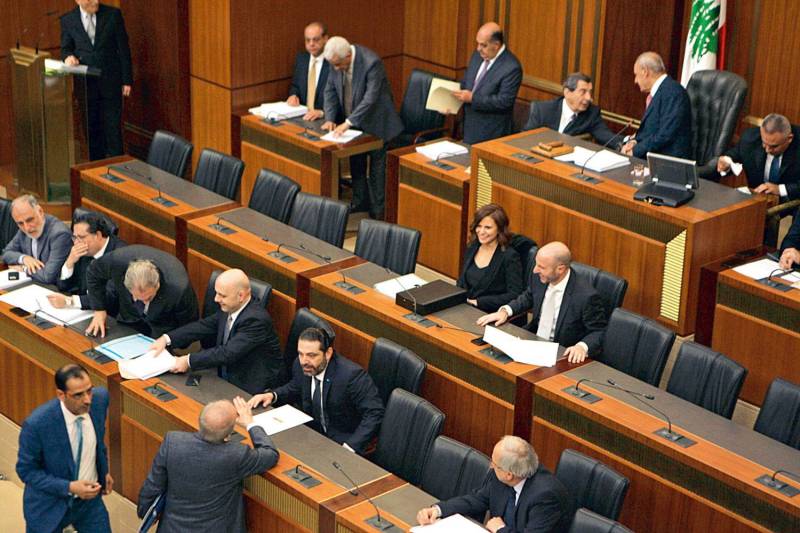 The new roadmap for the electricity sector is just 25 pages long. Recently presented by the Minister of Energy, it is somewhat brief when it comes to its impact on the economy and public finances, especially in the light of the current crisis. But like her predecessor, Minister Nada Boustani says the document is only an update to the plan developed by Minister Gebran Bassil in 2010 and adopted by the Council of Ministers.

The electricity situation has not changed significantly since 2010. Indeed, the state of affairs described by the Ministry in its report is essentially the same and has worsened in some respects, compared to nine years ago. EDL’s finances are still in the red (with a deficit of $1.8 billion in 2018 and more than $30 billion in cumulative losses over the last 25 years), while electricity rationing and tariffs remain unchanged since 1994.

While Bassil’s plan sought to double the country’s generation capacity to 4,000 MW by 2014, installed capacity plateaued at 2,334 MW, against demand for 3,562 MW. Meanwhile, lost revenues (due to technical losses, illegal connections and the non-payment of bills), have increased to 42.5% from 40%. In this context, the three pillars of any meaningful reform remain the same: increasing production capacity accompanied by an increase in tariffs; lowering production costs by rehabilitating existing plants and switching to natural gas; and finally, improving bill collection and reducing losses.

At the distribution level, despite discouraging results, Boustani continues to rely on private service providers, while also relying on law enforcement bodies to uphold the law in a country where something as simple as a ban on smoking in public has been poorly enforced.

In terms of production, however, large amendments were added to the in the initial plan, without any explanation or justification. Commerce du Levant tried to obtain clarification from the Minister or one of her representatives, but did not receive a response.

Among the major departures from Gebran Bassil's original plan is the abandonment of the public financing of new power plants. In 2011, Bassil, then Minister of Water and Energy, obtained from the Parliament a 1,282 billion Lebanese Pound budget over four years to finance various projects, including the installation of small units in Zouk and Jiye and the construction of a new power plant in Deir Ammar. The private sector, however, was slated to intervene later, to build new power stations in Zahrani and Selaata.

Ultimately, only the projects in Zouk and Jiye were completed. In 2013, after a first unsuccessful tender, the construction of Deir Ammar 2 - planned to generate 550 MW - was awarded to the Cypriot company JP and Avax, a deal worth $502 million dollars.

However, the execution of the contract was suspended due to a conflict between the Minister of Energy and the Minister of Finance on the applicability or otherwise of VAT on the contract, a question of $50 million, prompting the company to seek international arbitration.

In October 2016, the Ministers of Energy and Finance were asked to negotiate to restart the construction works. Then in May 2018, the negotiations appeared to take a different turn when the caretaker Cabinet approved the transformation of the construction contract into a BOT (Build-Operate-Transfer) which includes terms for financing, construction and management, without making any further details public.

In April 2019, the start of the construction of the Deir Ammar 2 plant, with a revised production capacity of 350 MW, was presented as the plan’s first milestone, but the substance or the results of the negotiations were not made public. In 2021, the station’s expected commissioning date, the power station is set to become the first independent power producer in Lebanon and its production will be sold to EDL under a PAA (Power Purchasing Agreement) long-term energy purchase contract.

The contract will determine the selling price, yet the details were never made public and in normal circumstances, the contract should have been awarded after a call for tenders.

While the government's wish to no longer finance the plant itself is explained by the need to reduce public spending, the awarding of a contract of this size through an agreement with a private foreign company raises questions. Indeed, according to one informed source, the project was taken over by a consortium of Lebanese businessmen close to powerful politicians, but Le Commerce du Levant has not been able to independently verify this information.

In any case, this first contract marks the start of the freeing of electricity production absent of any apparent safeguards.

This opening up of the sector is provided for in Law number 462 of 2002, which also provides for the creation of a Regulatory Authority to set tendering procedures, organize calls for tenders and award contracts. However, this authority has not yet been formed due to concerns that it may infringe on the Minister's prerogatives. Citing "inconsistencies" in the law, Gebran Bassil proposed to amend the text as part of his plan.

Instead of attempting to amend the law, Nada Boustani resorted to another, newer law, approved for the first time in 2014, then extended in 2016. This text, which only consists of a few lines, authorizes for a period of two years the Council of Ministers to grant production permits, pending the creation of a Regulatory Authority. The Cabinet then referred a draft law to extend this provision for another three years to the parliament, this time adding a second article, which entrusts the Ministry of Energy with the task of drafting the terms of reference and defining "the administrative, technical and financial conditions” on the basis of which BOT contracts would be awarded. It also states that these tenders will not be subject to the provisions of the public accounting law or any other law related to the awarding of public contracts.

The Cabinet will thus be able to bypass all existing safeguards. It would also be able to bypass law 48 passed in 2017, which in principle governs all tenders involving public-private partnerships, including BOT contracts, and refers them to the High Council for Privatization and Partnership. The government has decided to make "an exception to this law," in the words of the Prime Minister, because of "the urgency of quickly increasing electricity production to be able to reduce EDL financing and thus lower the public deficit ".

In the name of this "emergency", which has in fact been going on for years, the Council of Ministers can award contracts "in less than six months, against at least a year and a half under the PPP laws" Saad Hariri proudly said in front of Parliament.

For her part, Nada Boustani stressed that the specifications will be submitted to the Directorate of Tenders, without specifying whether the latter will have a decision-making or just an advisory role.

The other difference compared to the initial plan is the extensive use of temporary solutions. Gebran Bassil was the first to propose leasing power barges for an initial capacity of 270 MW. A contract was signed with Turkish company Karadeniz Powership in 2013 worth $390 million for three years, or about $130 million a year, not counting the cost of the fuel, which is covered by the State.

In 2017, César Abi Khalil proposed to lease a capacity of 800 to 1,000 MW over four years. But the cost of this proposal, estimated at about $850 million a year, including $377.2 million in leasing costs (without fuel), or $1.886 billion over the total contract period, caused an outcry.

The Tenders Directorate criticized the terms of reference, which it found to favor Karadeniz Powership, and this eventually buried the project.

In 2019, Nada Boustani once again advocated for temporary solutions to generate a record capacity of 1,450 MW, without explaining how these needs were estimated or how they justified her preferences in terms of financing. The government's stated goal is to provide power as quickly as possible in order to raise tariffs. But this urgency comes at a high price, especially as the temporary plants will also require temporary high voltage transmission lines.

The cost of these temporary solutions is difficult to evaluate as they have been combined with the cost of permanent solutions. The companies will have to make an offer for about 700 MW of temporary power (distributed between Zahrani, Bint Jbeil and Jeb Jennine) and a permanent power plant of 550 to 600 MW in Zahrani ; or an offer for 750 MW of temporary power (at Deir Ammar, Jiye and Zouk) and a 600 MW power plant at Selaata. In both cases, they will have to offer a unified price over the entire duration of the contract, which will mask the cost of the temporary solutions, yet will commit EDL to a certain tariff over a very long period.

At the time when the government was considering PPP for only the permanent plants in Selaata and Zahrani alone, the IFC of the World Bank Group offered its services to the Ministry as a transactional advisor. It is unclear at this stage whether the institution will be involved in the new tenders.