Paintings and sculptures can be a good alternative avenue for investment in times of crisis. As long as you are willing to wait. 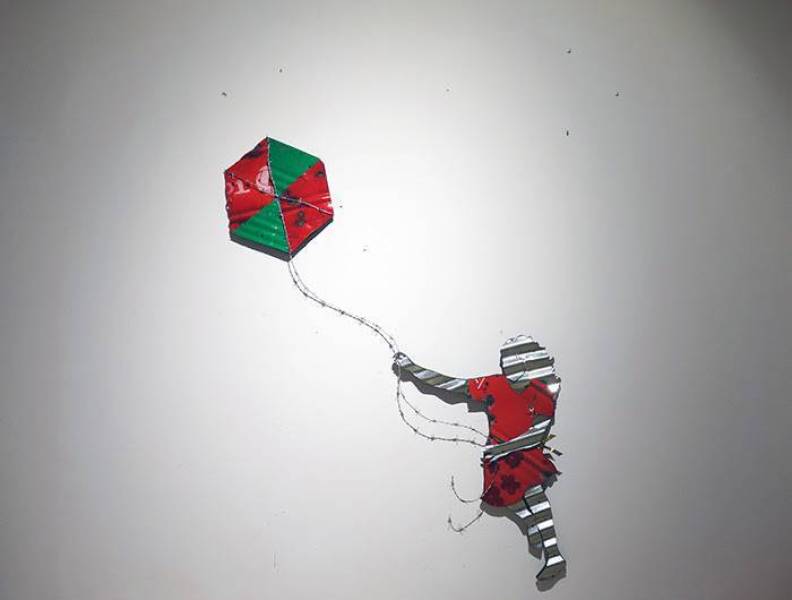 For those who can afford one, a painting by Etel Adnan or Paul Guiragossian may today seem like a far better investment than a bank deposit with declining yields and value, and a “haircut” looming on the horizon.

“Collectors buy art out of passion, not to safeguard their money. But it is true that with the fall in [the value] of bank investments, these same people may be tempted to buy more artworks rather than leaving their money blocked in banks, " says Agial gallery owner Saleh Barakat.

A main advantage of investing in art is the attractive average annual return, estimated according to the Artprice database - which lists auction sales worldwide - at 4.6% in 2019 over a period of 13 years.

The other (huge) advantage is that the art market is not sensitive to the collective panic generated by political instability or economic chaos. The price of art certainly changes in times of crisis, but less so compared to the stock market or real estate. During the 2008 financial crisis, for example, art indices fell by 4.5%, while those of the S&P 500 plummeted by around 37.5%.

Easier to buy than sell

As the crisis worsens in Lebanon, new customers is emerging in the market, one that is less aware of artistic value and is more concerned with their return on investment. Although art as a financial “safe haven” is a phenomenon widely recognized around the world, Lebanese investors have another reason to buy: the unofficial capital controls introduced since last November.

Being unable to transfer their money abroad, some chose to acquire a canvas or sculpture, which are easier to get out of Lebanon. This is good news for some artists, who have seen purchase enquiries multiply.

"One should be aware, however, that the money circulating in the banking system loses part of its value when taken out in cash. I have nevertheless accepted to make certain direct sales in recent weeks, because the loss due to the devaluation of the Lebanese pound against the dollar remains below the percentage that my agent normally charges”, explained an artist, who wished to remain anonymous.

Galleries and auction houses have also confirmed an increase in the number of negotiations in progress. "More and more people wanting to get their money out of Lebanon are indeed inquiring about art prices," explained Farouk Abillama, founder of the auction house FA Auctions.

"These are investors who generally want to buy and resell almost immediately since they hope to sell the pieces on international markets," adds Saleh Barakat. However, art is first of all an investment to be made in the medium or long term: the period of time between purchase and resale must be at least five years, if the seller expects a profit, according to several experts.

The other problem is that the Lebanese art market is narrow. "Who is likely to buy from a Lebanese artist? Another Lebanese in most cases. Those inside the country are not able to make transfers abroad. Relying on amateurs in the diaspora drastically limits the possible returns", points out Saleh Barakat.

As a result, Barakat felt the need to warn against an important risk: the collapse of the Lebanese art market, which could become too liquid in the relatively short term. "If these investors all start selling at the same time, the price of the artists they have selected risks collapsing so quickly that some of the works will not find a buyer.

For us gallery owners, who have been building up our artists’ reputation for years, it is very dangerous." During auctions held in Paris last December, some paintings by Lebanese artists either did not find a buyer, or were sold at their lowest estimate. An anecdote that should serve to remind potential stakeholders that the art market is perhaps less easy to grasp than other commodities.