The Lebanese economy experienced its worst performance for twenty years in 2018, growing by just 0.2%, weighed down by the tight monetary policy adopted by the Lebanese Central Bank (BDL). 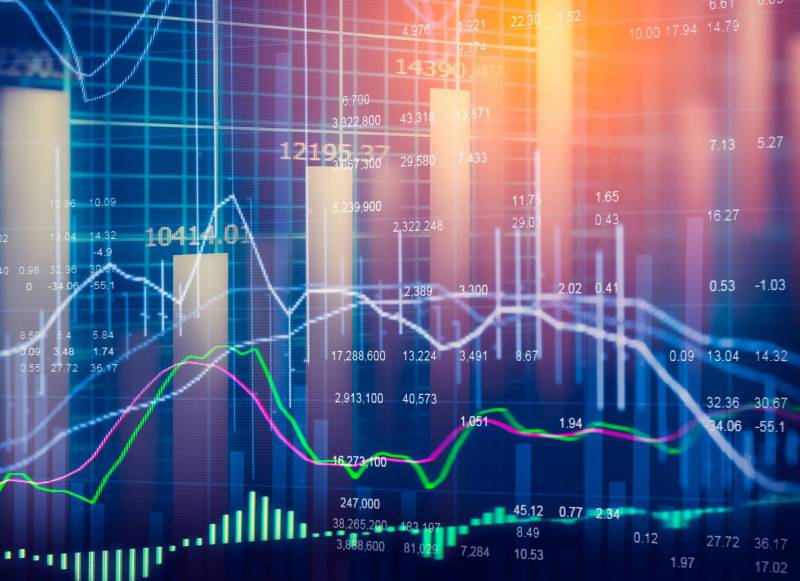 Aggregate economic indicators for 2018 - some of which have only just been published - reveal the extent of the economic crisis the country is facing. Economic growth has slowed in Lebanon since the outbreak of the war in Syria in 2011, and last year it reached its lowest level since 1999. According to the latest estimates from the International Monetary Fund and the World Bank, Lebanon’s GDP increased by only 0.2% in 2018, compared to 0.6% in 2017, against an initial growth forecast of 1.5 to 2.2%.

A decline in consumption

At the heart of this economic slowdown is the tight monetary policy adopted by the Central Bank, which has affected the real estate and construction sector, a sector traditionally considered as one of the main contributors to the Lebanese economy, according to the World Bank in an update published in April. Real estate sales declined by more than 17% in 2018, while cement deliveries fell by 7.8%. Another key sector, tourism, also performed poorly, with an increase in the number of tourists year on year of “only” 5.8% in 2018, " almost half of the 2017 rate."

"Whereas private consumption has traditionally led real GDP growth, net exports are estimated to be the main driver in 2018," the World Bank added in its report. With the opening of the Syrian–Jordanian border and improved regional conditions, exports increased by 3.9% in 2018 while imports grew by only 2% in terms of value. However, this growth masks a sharp drop in the volume of imported goods, by more than 16% compared to 2017, which is a sign of a sharp decline in domestic demand.

Household consumption has fallen due to "the deterioration of purchasing power - as a result of the introduction of new taxes in 2017 and high inflation - and people’s concern about the economic situation and politics in the country," said Nassib Ghobril, director of research at Byblos Bank Group.

After hitting 4.5% in 2017, inflation accelerated further to 6.1% in 2018, driven mainly by higher crude oil prices. "With high inflation and very low growth, Lebanon was in a situation of stagflation," said Marwan Mikhaël, director of the research department of BlomInvest.

Inflationary pressures have pushed the Central Bank to cut down on the issuing of subsidized loans that were considered "rare sources of stimulus for economic growth since 2012". The BDL was supporting demand by injecting more than $ 1 billion a year into the economy in the form of subsidized loans, nearly half of which were used to finance the purchase of real estate. But in 2018, growth was no longer BDL’s priority. The challenge was to preserve monetary stability in the face of declining confidence in the Lebanese economy and the Lebanese Pound – confidence that politicians were unable to restore despite convening the so-called Economic Conference for Development Through Reforms with the private sector (CEDRE) in April 2018.

Lebanon secured pledges of more than $11 billion at the CEDRE conference in exchange for a commitment to improve public finances and implement structural reforms. But the announcement was not enough to reassure investors and depositors, who were worried about the delay in the formation of the government and the soaring public deficit. While the 2018 budget adopted in March projected a deficit of 4.8 billion, this deficit in fact exceeded $5.8 billion. Meanwhile, public debt continued to rise, reaching $ 85.1 billion by the end of the year, or 152% of GDP, compared to 149% in 2017.

The deterioration of the country's finances, in a context of global monetary tightening, has caused a sharp slowdown in incoming capital inflows. "Expat remittances have hovered around 7.2 billion dollars (+ 1.8% in one year), but foreign direct investment and foreign deposits in foreign currency have not been sufficient to make up for the trade deficit. Lebanese tourist spending abroad was also higher than that of foreigners in Lebanon, which contributed to widening the deficit in the balance of payments," explained Nassib Ghobril.

While the trade deficit increased by only 1.7%, compared to 6.4% in 2017, the balance of payments has deteriorated, registering a decline of nearly 3,000%. This deficit reduced BDL’s foreign exchange reserves, which fell by $2.3 billion to $39.7 billion by the end of 2018, fueling fears of a devaluation of the Lebanese currency. At the end of December, the value of foreign exchange reserves was the equivalent of 13.5 months of imports of goods and services.

To limit the demand on dollar, the monetary authorities sought to control the liquidity of Lebanese Pound on the market through the reduction of subsidized loans and the limiting of bank loans denominated in Lebanese Pounds.

In parallel, the BDL helped raise interest rates through financial engineering in collaboration with the banks. The average interest rate on Lebanese Pounds deposits went from 5.65% in 2017 to 7.09% in 2018 while interest on dollar deposits increased from 3.65% to 4.30% as a result of their efforts. Meanwhile, the rates on loans in Lebanese Pounds went from 8.29% to 9.10%. This rise in interest rates has depressed investments, with private sector loans declining by 2.5% in one year, and has encouraged saving at the expense of consumption, without allowing banks to capture new deposits.

Deposits rose by only 3.2% last year, compared to 3.9% in 2017 and 7.4% in 2016. "Deposits in banks are sufficient to finance the public and private sectors, especially since private lending is down,” Bank Audi said in its quarterly report. But for economist Kamal Hamdan, "the slowdown in deposit growth since 2011, and particularly in 2017 and 2018, despite rising interest rates, exposes the erosion of the deposit base, the exhaustion of the rentier model on which the Lebanese economy is based, and the urgency of adopting macroeconomic reforms".

The new government promised to implement reforms in order to unlock the aid promised during CEDRE. The World Bank, however, excluded cash disbursements this year from its baseline scenario. "The lack of obvious sources for an economic boost suggests medium term economic prospects remain sluggish" reads its latest report, which forecasted a growth of 0.9% for 2019. The prospects may even darken further if the government adopts drastic austerity measures, such as lower wages in the public sector, which would further impact consumption.

In any case, the World Bank does not seem to think much of Lebanon’s economic prospects since it is forecasting a medium-term rise in the deficit-to-GDP ratio. The World Bank also expects the current account deficit to decline somewhat, despite the fact that it will remain among the highest in the world, against a backdrop of slower deposit growth.

Despite the slight reprieve expected in terms of global monetary tightening, Lebanon remains very vulnerable to confidence shocks. Should such shocks materialize, the tools available to stabilize the situation are limited, the World Bank warned.

Even if we exclude such shock scenarios, high interest rates in the market along with slower growth are likely to further degrade loan performance.