Baghdad says it needs $88 billion to rebuild the areas controlled by the Islamic State between 2014 and 2017. But so far only a tiny fraction of that amount has been provided by the international community, despite the commitments made to provide $30 billion to aid in reconstruction. For Loulouwa al-Rachid, researcher at Carnegie Middle East Center in Beirut, this "ignition delay" will only increase the risks of political and social instability in a country that is already struggling to recover from the aftermath of the US-led invasion in 2003. 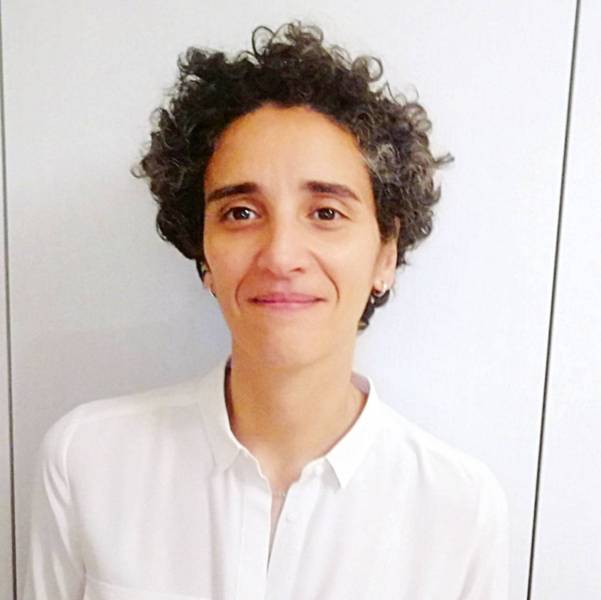 Loulouwa al-Rachid, researcher at Carnegie Middle East Center in Beirut says : "some donors have an agenda and focus on projects favoring certain minorities (Christians, Yazidis) or sensitive regions from the perspective of the fight against terrorism. Non-state organizations alone cannot rebuild a country that has been devastated by consecutive wars since the 1980s"

How has Iraq emerged from three years of war against the Islamic State?

The war effort has weighed heavily on Iraq's public finances at a time when government revenues were falling due to the slump in crude oil prices that has been going on since 2014. Meanwhile, the liberation of territories occupied by the Islamic State (IS), namely the three Sunni governorates of Nineveh, Anbar and Salahuddin, to the west and north-west of Baghdad, proved extremely long and costly, not only in terms of human life, but also in terms of the devastation to the infrastructure. The Eastern part of Mosul (with its two million inhabitants) has been almost razed completely and is sorely lacking in public services, housing and jobs. Across the country, there are still two million displaced people who have not been able to return to their homes, many of whom live in camps. Moreover, the Iraqi government, hostage to the political factions that dominate it and their rival parties, has not put forward a vision for long-term economic development or even an immediate reconstruction strategy.

Does Iraq have the means to finance reconstruction on its own?

Baghdad has few resources to allocate for reconstruction, which estimates say will cost between $80 billion and $100 billion. While oil proceeds represent 99% of the country’s revenues, on its own this is no longer enough to cover the needs of a country with a soaring population and an economy that had already been struggling well before the emergence of IS. Iraq’s state budget of $112 billion for the year 2019, drafted based on a crude oil price of $56 per barrel, had a $23 billion deficit. This leaves little room for maneuver, particularly with two-thirds of the budget being swallowed up by the salaries and pensions of active and retired members of the civil service, which has become sprawling, unproductive and to a large extent, obsolete. Baghdad therefore has no choice but to postpone all massive investment programs that aim to rebuild, modernize and diversify the economy and national infrastructure. Therefore, as their logic goes, if securing Sunni regions is the priority for Baghdad, reconstruction can wait. Yet there are also enormous needs in the southern Shi'a governorates, which have not been directly affected by the conflict, but where massive grievances about the deterioration of living conditions risk triggering a confrontation at any moment.

The international community pledged $30 billion, is this amount enough to start reconstruction?

The international community has in fact mobilized and helped Iraq organize a major international conference for reconstruction in Kuwait City in February 2018. More than seventy countries participated in the conference and pledged $30 billion. But so far, Iraq has received only a fraction of these funds. These funds are also loans, or investments rather than donations. This conference was not a Marshall Plan. We are in the process of commercially carving up (Iraq), with each country hoping to secure "reconstruction contracts" for its own companies. Nevertheless, Iraq has received grant pledges… This is correct, but the endemic corruption in Iraqi public institutions is discouraging donor countries. To circumvent this obstacle, the donors eventually denied the Iraqis any power of initiative by directly paying the funds to the United Nations. It is the United Nations Development Program (UNDP) that is now at the heart of the reconstruction process in Iraq with its Funding Facility Stabilization (FFS) instrument. This fund has so far raised $1.1 billion and is mainly maintained by the United States, the Gulf countries, Europe and Japan. Through this funding, the UNDP identifies needs and priorities, and then issues tender calls for both Iraqi and foreign companies. While this method, that seeks to mitigate corruption, may be praised, it also presents several problems, including the lack of overall coherence and coordination between the various actors involved in reconstruction, the length of the procurement procedures, the weakness of monitoring and the "after-sales service" of executed projects, wastage and so on. Added to this, some donors have an agenda and focus on projects favoring certain minorities (Christians, Yazidis) or sensitive regions from the perspective of the fight against terrorism. Non-state organizations alone cannot rebuild a country that has been devastated by consecutive wars since the 1980s. It takes a strong state and a Ministry of Planning worthy of the name!

In such a context, can the country rely on its private sector to revive the economy?

There is a common belief that the private sector will be able to rebuild what a bankrupt state has helped to destroy. But this private "miraculous" sector does not exist in Iraq, or elsewhere in the Middle East. In addition to being limited to the service or construction sector, it is itself heavily dependent on public markets and follows a purely clientelistic and predatory logic regarding public resources. The small manufacturing base that Iraq had in the past belonged to the public sector and has since almost ceased to function. In the context of widespread corruption, the privatization of large state-owned enterprises only further impoverishes the state without boosting production or creating jobs. Recently, several scandals have revealed that reconstruction contracts have been won by fictitious Iraqi companies belonging to leading politicians and their affiliates. These companies then simply resold these contracts, in exchange for multi-million dollar commissions, to mainly Turkish and Jordanian companies.

Local actors are complaining about the slow rate of reconstruction, what is causing this?

If Germany and Japan were able to recover more or less quickly in the aftermath of the Second World War, it was because these two countries benefited from a massive influx of American and European capital. But this is not the only reason. They were also highly industrialized countries that before the war, possessed great scientific, technical and human capacities. It was not about importing a "ready-made" infrastructure, as is the case today in Iraq. Moreover, these two countries were pacified and relatively homogeneous: the elites, like the rest of society, did not suffer from ethno-religious divisions and antagonistic political visions as is the case in Iraq. For Iraqi reconstruction to succeed, the process must be fair and equitable in terms of the allocation of resources, and must cover the entire territory and benefit every community. Failing that, the whole process of reconstruction will be delegitimized.

Nevertheless, are there examples of projects being executed in Iraq?

Local success stories have been achieved here and there, but overall only a few major infrastructure projects have been implemented on the national level, as painfully illustrated by the failing electricity sector. Here, it is a question of the cohesion among the elites. At the local level, for example, in the governorate of al-Anbar, local politicians and officials have managed to build peaceful relations with the government in Baghdad and resolve their internal conflicts, which would enable decision-making. This is unlike their counterparts in the Nineveh governorate (Mosul), who are entirely divided. In particular, there is a chasm between Mosul and its rural hinterland. While urban elites call for reconstruction to focus on the city, representatives of the periphery accuse them of discrimination and contempt.

What role does the Iraqi public administration play in reconstruction?

Their skills leave much to be desired, as they have not modernized their way of work and overall, they lack qualified staff. Their best people have gone abroad or are working in the many international organizations in Iraq that are paying much better. In addition, we must add the problem of corruption which paralyzes all decisions, causing delay and waste.