The potential of life insurance policies, which act as a long-term protection and saving instrument, remains constrained by competition from bank deposits and unfavorable taxation laws. 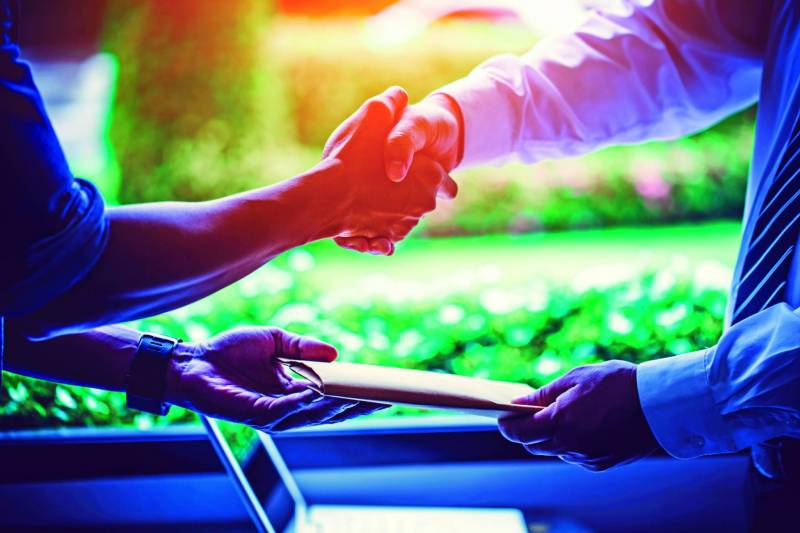 The lack of a real national pension system, coupled with high tuition fees, and political and economic uncertainties, means there is no shortage of reasons to invest in life insurance in Lebanon. Yet despite considerable supply, with about thirty insurers present in the market, this long-term protection and savings instrument is still struggling to attract clients.

In a study commissioned by the Lebanese government, McKinsey, a management consulting firm, highlighted the low penetration of life insurance in the country, with the ratio of premiums to GDP standing at just 1%, compared to an average of 2.2% in reference countries. This benchmark includes countries with low penetration rates such as Turkey and Saudi Arabia (0.2% and 1%), and developed economies such as France and the United Kingdom where life insurance accounts for 5, 6% and 7.4% of GDP respectively.

In terms of life insurance density, i.e. the average premiums per year per capita, Lebanon stands at just over 80 dollars, with an estimated population of 6.5 million, while density in France and the United Kingdom is around $ 2,400 and $ 3,700 respectively, according to data from the Organization for Economic Co-operation and Development (OECD).

« Savings are not a priority »

Do the Lebanese lack foresight? In addition to differences in living standards between various countries, this gap is partly cultural, according to one of the main insurers on the market. "Saving is not a priority and life insurance is not well understood," explains Bassem Assi, managing director of Allianz SNA. When it comes to savings products, restricting access to assets for several years acts as a deterrent in the local market. As a result, "many people subscribe to it only when it is mandatory, for example in the case of car insurance," adds the managing director. In truth, life insurance is often mandatory as collateral against many bank loans, especially housing loans.

When forced to subscribe, the majority of borrowers choose the simplest and most affordable policy: term life insurance. This "classic" form of life insurance only consists of a protection component, implying a payment of the sum assured in the event of the death or disability of the insured. These contracts, for which premiums are eventually non-recoverable, represent more than 34% of total life insurance premiums.

Being closely linked to lending activity and therefore to economic conditions at large, the growth of these contracts has been slowed down by the economic downturn and the slump in the real estate sector. According to the Insurance Supervisory Authority (ICC), life insurance premiums increased by 4% in 2018, a growth similar to that registered in recent years, but this is far from the double-digit growth seen in the sector ten years ago.

More recently, the suspension of subsidized housing loans by the Housing Bank and the Public Corporation for Housing (PCH) has led to a further decline in subscriptions to this type of contracts. "For the PCH alone, the number of loans granted has declined from 6,000 in 2016 to less than 1,000 in 2018," says Bassem Assi. This fall had an impact on the turnover of most bancassurers (companies owned by banks that market their insurance products). The premiums held by Arope for example, the company affiliated to Blom Bank Group, fell by nearly 6.5% in 2018.

Life insurance as a tool of financial investment is also neglected by the Lebanese. Some life insurance products indeed consist of both a protection component and a savings dimension - meaning that the invested funds are eventually recoverable. At the end of the contract, lasting an average of ten years, the insured is paid back his premiums plus interest, with the amount according to the chosen investment strategy.

But these life insurance savings contracts are in competition with another type of investment and a favorite among the Lebanese: fixed-term deposits. This instrument has enjoyed particularly attractive returns since the introduction of the peg between the Lebanese pound and the dollar in the 1990s.

However, this is only an average, since returns on deposits could reach up to 8% in dollars and 12% in Lebanese pounds for one-year deposits, according to a recent agreement between the Lebanese banks.

The long-term returns of life insurance

For life insurance, the return on savings depends on the contract, which can consist of either a guaranteed minimum rate or variable rates, also known as "unit-linked contracts".

For the first, in which premiums are invested in fixed income securities such as bank deposits, bonds or treasury bills, the average return of contracts in dollars in 2018 was around 5%, according to insurance companies interviewed by Le Commerce du Levant.

As for variable return products, which are typically invested in riskier securities and foreign funds, the rates may be higher, depending on the strategy chosen by the client. As an indication, Metlife Lebanon claims to have paid an average rate of 6% over the past 15 years on this type of contract.

While these products struggle to compete with the short-term returns offered by banks, experts say that life insurance can be more profitable in the long term, especially for small savers who "in any case don’t have access to competitive rates granted by banks, "says Bassem Assi.

Investing via life insurance is also more accessible, as some policies allow a monthly payment of just $ 50, compared to the $1,000 generally required to open a fixed term deposit. Life insurance also has the advantage of compelling the insured to save, through the insistence on regular payments.

However, many of these benefits are relatively unknown. "Many brokers or insurance company employees lack the necessary qualifications and access to ongoing training to be able to explain the operation and interest of these policies to the customer," says a sector expert, who asked not to be named. In its report on Lebanon released in January, McKinsey recommends "the development of new products and the improvement of marketing, sales and distribution methods for all life insurance policies".

Added to this uneven competition, is the unfavorable taxation of life insurance. Returns are taxed 10%, while interest taxes on bank deposits are at only 7%. "The Lebanese have no tax incentive to take out life insurance. It's even worse, they are discouraged” says the same expert, although this imbalance has been reduced; before 2017 the tax on interest on deposits was only 5%. "

A moratorium of three years may be granted to life insurers concerning this issue in the 2019 budget, which provides for raising interest tax on bank deposits to 10%.

Furthermore, the beneficiaries of life insurance policies - the sum paid in the event of death of the insured - are liable to a fixed fee of 5%. Yet when it comes to term deposits, in the case of joint accounts, the beneficiaries are exempt from inheritance tax.

Lastly, group life insurance savings products have a discouraging tax system when it comes to businesses. If the employer contributes, his participation is considered as part of the employee's remuneration and is therefore subject to social security and employer contributions. "We are lobbying through the Association of Insurance Companies in Lebanon to update this fiscal framework," said Bassem Assi.

In many countries, insurance products enjoy a favorable tax regime, as governments recognize the economic importance of this industry. Life insurance can indeed act as an economic stabilizer, protecting households in the event of shocks, whether private or collective, such as natural disasters or financial crises.

Insurance also acts as a stable financing source for the economy as it promotes credit and investment from a long-term perspective. However, this leverage capacity depends on investment opportunities. In Lebanon, where insurers are required to invest at least half of their assets, the long-term investment landscape is limited. Assets are most commonly invested in treasury bills or bank deposits, and are therefore used to finance the state.