According to most observers, the government’s target of reducing Lebanon’s fiscal deficit to 7.5% of GDP is too ambitious. Instead, they expect it to stand at around 9% but it remains to be seen whether this will be enough to restore the confidence of both depositors and investors. 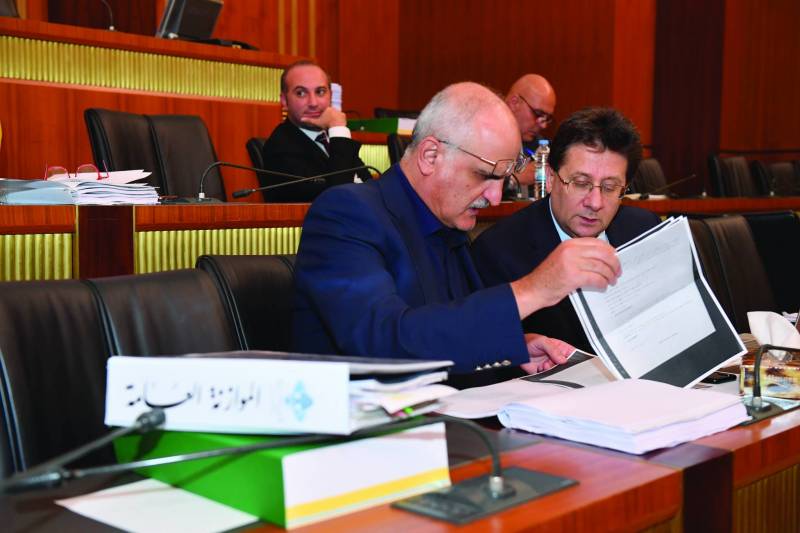 Never has a draft budget in Lebanon been as scrutinized as that of 2019. The draft budgets from 2005 to 2016 were not even discussed, yet this year’s budget debate has been grabbing the attention of everyone from MPs to international rating agencies, triggering wide-ranging debates. This is because this budget will have implications for the country that go far beyond the state’s accounts and which are now part of the delicate Lebanese context.

Growth, the trade deficit, building permits, public finances ... all these elements, or most of them, are so-called ‘red flags’. But one of them, the balance of payments, which represents transactions between Lebanon and its foreign trading partners, is particularly alarming. The balance of payments had already accumulated a deficit of $3.3 billion by the end of April, compared to $4.82 billion for the whole of 2018. This deficit, that carries a risk of devaluation for the Lebanese Pound in the long run, is a result of both the increase in the deficit of the balance of goods and services, and a slowdown in capital inflows. One of the signs of dwindling capital inflows is the drop in commercial bank deposits since the beginning of the year, which showed a year-on-year growth of just 0.7% at the end of April. “Given that the average interest rate on LBP deposits was 8.6% and on FX deposits 5.7%, April data suggests that net of reinvested interest earnings, the stock of deposits has fallen considerably, even in y-o-y terms," warned the agency Fitch Ratings in its latest press release on Lebanon.

For its part, US bank Goldman Sachs estimated in a research note published in May that the urgent step needed from the government at this stage is not so much to improve the growth prospects and long-term sustainability of public finances, but to restore the confidence of both depositors and investors.

This is probably why  the government has submitted an "austerity" budget, with a very ambitious goal of reducing the deficit from 2018’s 9% of GDP to 7.56%.

However, to restore confidence, it is not enough to declare goals. They should also be achievable. In truth, the government's history in budget execution can be held against it. The 2018 figures, which were recently made public, reveal the extent of the gap between reality and the commitments made by the government: instead of the 9% promised to the Members of Parliament and donors in CEDRE, the public deficit rose to more than 11% of the GDP in 2018. One of the reasons for this slippage is the overstatement of revenues by the government, which seems to have occurred again in the 2019 budget.

In a report published in late June, the organization Kulluna Irada questioned most of the figures declared by the government, starting with growth. In 2018, growth did not exceed 0.2% while the government had estimated it would reach 3.43%. For 2019, the government is expecting a growth rate of 1.21%, also considered too optimistic, noting that the Governor of the Central Bank (BDL), Riad Salameh, recently gave a figure of zero growth for the first half of the year.

The level of growth is important because it affects tax revenues, where most of the declared fiscal adjustment occurs. While it has been described as an "austerity" budget, the draft law includes a decrease of expenses by only 3.6%. Revenues, on the other hand, are expected to increase by more than 15%.

This goal, however, seems unattainable. According to Kulluna Irada's calculations, the implementation of the main tax measures over the remaining six months of the year will yield much less than expected. The organization also notes an aberration: an expected rise in telecom revenues, while those same revenues fell by more than 20% in 2018.

In terms of spending, the government has simply postponed certain investment expenditures, removed budget reserves and anticipated a decline in transfers to the electricity sector, represented by transfers to EDL, without explanation. The draft law also ignores the arrears accumulated in recent months with regard to the National Social Security Fund, hospitals and public contractors.

The government's only ‘economizing’ measure has been to contain debt servicing by issuing 11 trillion Lebanese pounds ($7.2 billion) in Treasury bonds at a rate of 1 percent, compared to the current 7 percent for a Treasury bond with a two-year maturity. This measure alone accounts for almost half of the planned reduction, 0.6% by GDP. The securities, which banks do not seem to want, will be bought by BDL, which will assume the losses.

But even with this measure, the targeted deficit reduction seems difficult to achieve. Unlike the government, which did not consider different scenarios, Kulluna Irada carried out simulations based on several growth assumptions: at best, with a growth of 1.2%, the deficit will reach 7.87% of GDP if applied throughout the year, and 9.37% if applied over six months.

The Fitch rating agency also found the budget projections too optimistic, given minimal economic growth and inefficient tax collection, and instead expects a deficit of around 9%. This is the same for Morgan Stanley which predicts a deficit of 9.5% of GDP. "We think this will probably be enough for the funds promised in CEDRE to start materializing, probably starting next year, which would improve long-term growth prospects. The critical question is whether this will be enough to ease the pressures on external financing in the short term, which is the immediate threat," added the US bank.

Pressure on the Pound

The decline in capital inflows and thus in BDL’s foreign currency reserves exerts pressure on the Lebanese Pound’s exchange rate, forcing BDL to draw from its reserves to avoid a devaluation. In fact, reserves have already fallen by nearly $ 1.5 billion in the first four months of the year, and the repayment of eurobonds maturing this year threatens to accelerate this process. Gross reserves remain at a comfortable level ($ 31.5 billion, plus $ 6.4 billion in slightly less liquid assets and $ 11.9 billion in gold), says Fitch. BDL’s commitments to banks are estimated at around $ 60 billion (although some have long maturities), the agency added.

BDL could save face with new ‘financial engineering’ measures, which involve borrowing dollars from banks and then counting them as reserves, said Goldman Sachs. But this will not improve dollar liquidity in the currency system, it warned. According to the US bank, the net foreign exchange position of the banks and BDL has deteriorated significantly in the past two years, and if this decline continues, confidence in the ability of the BDL to protect the Pound could erode and cause large outflows of capital.

If the government fails to convince depositors and investors of its ability to fix the situation, and if capital inflows do not accelerate, “the inevitable deterioration of dollar liquidity will pose significant risks to the stability Lebanon," cautioned Goldman Sachs, which forecasted a current account deficit of $13.7 billion in 2019 (23% of GDP). With an external debt service of $5 billion, Lebanon's gross financing requirements are $18.7 billion this year. If capital inflows remain at the same level as last year, BDL will have to draw about $5.7 billion from its reserves, further weakening confidence in the system.