The Bourj Hammoud landfill is expected to be saturated by September, but the Council of Ministers has still not examined the roadmap proposed by Fadi Jreissati, the Minister of the Environment, to address the crisis. The roadmap proposes new taxes, new landfills and sorting at source. Interview below. 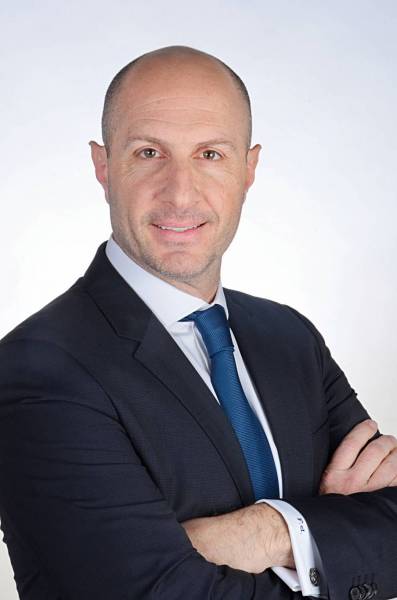 You have submitted a two-year roadmap and a draft law for financing the waste management sector to the government. Can you tell us more about it?

The purpose of this draft law is to introduce taxes that allow municipalities to fund sweeping operations and the collection of household waste. We plan to set the tax at around 10,000 Lebanese pounds per month per household. It is a lot to ask from households, especially in the context of the current crisis but, at the same time, the Lebanese are not aware that they pay very high prices for household waste treatment. This tax reminds them that, like electricity and water, waste management has a cost and that, to pay less, it is necessary to recycle.

You also plan to tax products based on their environmental footprint, can you elaborate?

Financing waste management also means taxing the most polluting products. We have compiled a list of 99 products that could be taxed including building materials, plastics, tires ... This list is currently being examined by the Ministerial Committee on Waste Management. In addition, we want to enforce a "polluter pays" principle, meaning polluting industries such as quarries or cement factories have to pay for the environmental damage they cause.

Which stage has the study reached?

It is being examined by an ad hoc ministerial committee, which has given a rather positive opinion. Some measures were however rejected, in particular regarding the debt accumulated by the municipalities to the Treasury for the management of their waste. I had proposed to abolish at least part of that debt – about 40% - but the Minister of Finance does not want to go in that direction.

In the transition plan adopted following the 2015 crisis, the government committed itself to recycling and composting at least 30% of the country’s waste, compared to 15% achieved under Sukleen. But the situation seems to have gotten worse ...

In fact, we only recycle 8% of waste today. The Amroussiyeh and Karantina secondary sorting centers are being expanded to accommodate around 4,000 tons of daily waste compared with today’s 2,500 tons. This should cover the volume of waste produced in the Beirut and Mount Lebanon area. Concerning composting, the transition plan included the construction of a new center at the Costa Brava site, which is managed by Jihad al-Arab. The construction process is behind schedule, but the center is expected to become operational in April 2020. It will then be able to treat 750 tons of waste, in addition to the 350 tons per day being composted today in the Coral (Karantina) plant. But due to the lack of sorting, the quality of this compost is not sufficient to be used in agriculture. It only serves to isolate different layers of waste in sanitary landfills.

How can the rate of recycling be improved?

I want to impose sorting at the source, which is one of the main components of the draft law number 80 \ 2018. As a first step, the Council for Development and Reconstruction, the Ministry of the Environment and the two companies that collect in the region, Ramco and CityBlu, have initiated a pilot project in 20 municipalities in Kesrouan and Mount Lebanon. For a few months, the residents of Jal el-Dib, Hazmieh, Jdeideh, Furn el-Chebback, and Baabda have received blue bags for use in collecting cardboard, glass and plastic to facilitate sorting. The Ministry of the Environment is responsible for the communication aspect. But with an annual budget of $ 8 million, we cannot afford to implement this mission and carry out door-to-door visits to convince the public to sort waste at home. So, as in the case of the campaign for "Clean Beaches", which attracted nearly 8,000 volunteers at the beginning of the summer, we will rely on a "green army" of volunteers to help us.

In the meantime, Bourj Hammoud is on the verge of saturation, what are your proposals to prevent a new crisis?

The sanitary landfill at Costa Brava can remain operational for a year and a half. On the other hand, that of Bourj Hammoud, which receives about 1,800 tons of waste per day, will no longer be able to accommodate any new waste as of the beginning of September. For political and sectarian issues, we cannot move these volumes to Costa Brava and we have to find a new landfill site, at the risk of seeing garbage piles re-appear on the streets of the capital and the suburbs. Faced with this urgency, reopening Naameh is a possibility. Another suggestion is the extension of the Bourj Hammoud-Jdeideh site. This however means that the fishermen’s port, which separates the two sites from the landfill, will have to be removed. In my opinion, it is a feasible option, especially since the sea in the area is extremely polluted. The final decision must be taken in July.

In the long run, do you think that incineration is the only solution?

Waste to energy is the fastest and most effective solution, since no one wants landfills in their area. Two sites were selected: the first on the coast to the south of Beirut - in Jiyeh or Zahrani - the second north of Beirut in Deir Ammar. This is added to the incinerator in Beirut, which requires an independent solution but for which we still don't know the site [for the incinerator]. Ultimately, the goal is to bury only 20% of our waste.