According to Real Estate consultancy company Ramco Real Estate Advisers, 954 ‎apartments in Ras Beirut are currently for sale by developers. This stock ‎represents a pre-negotiation market value of approximately $ 1.5 billion.‎ 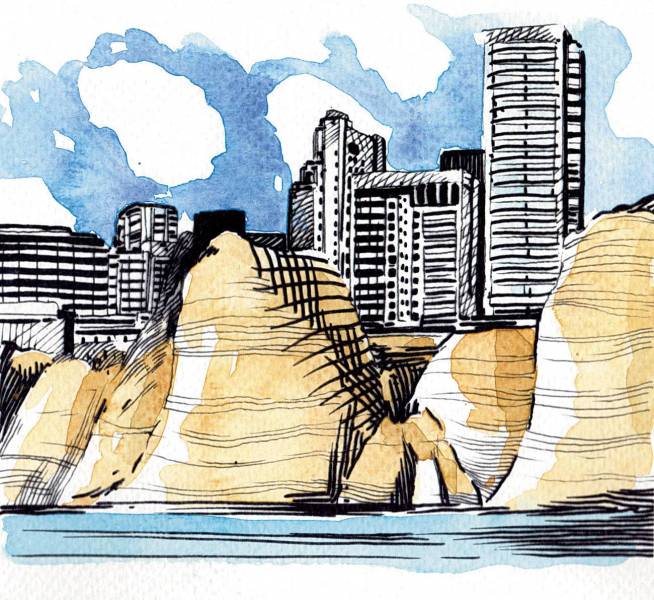 Unsold apartments are a widespread phenomenon that now affects every ‎neighborhood of Ras Beirut. Of 155 buildings under construction or completed ‎since 2013 in Ras Beirut, 106 (or 68%) still have unsold apartments. The total ‎number of unsold properties stands at 954. However, this figure does not take into account resale ‎offers by investors who have bought properties off plan and are currently seeking ‎to liquidate their assets. ‎

There are a variety of reasons for the increasing number of unsold properties, ‎including slowing demand from Lebanese expatriates, a lack of interest among Gulf ‎nationals, inconsistent sale prices and the poor construction quality of some ‎apartments.‎ Today, potential buyers have the opportunity to be choosy. In one neighborhood, ‎potentially even on one street, they have dozens of options. It's up to them to compare ‎prices and the pros and cons of each apartment.

In total, the unsold stock represents 283.200 m2 of ‎residential space out of a total of 1,040,622 m2 when considering buildings built since 2013, which puts the sale rate at 73%. ‎ While the unsold apartments are valued at approximately $ 1.5 billion, this figure does not take into account the fact negotiations take place when selling an apartment, meaning that the price might vary by as much as‎ 10 to 30%.‎

This data confirms that developers are struggling to sell large apartments and that they are more affected by ‎the drop in demand. The majority of Ras Beirut’s unsold properties are located ‎in the neighborhoods along the coast (from Aïn Mreisse to Ramlet el-Baida).

This ‎stock represents 283 apartments worth an estimated $ 777 million. ‎

One building near the Pigeon Rock, for example, has 36 apartments for sale, each with an area ‎of 540 m2. The building was completed in 2015. Some ‎units have been sold to Gulf nationals, but with a starting price of approximately ‎‎$4 million, local demand was negligible. ‎ Other neighborhoods, like Verdun, are also affected by this trend. Three buildings ‎around the Goodies delicatessen, totaling 38 apartments, are still on the ‎market, some have remained unsold since 2009.

The increasing number ‎of unsold apartments puts pressure on the owners, who are forced to revise their ‎prices to appeal to potential buyers. However, some owners are standing firm.‎ ‎.‎ Many developers consider the sale of the final apartments in an already amortized project as a bonus and they do not seem in a rush to sell. However, many of these developers make no ‎effort to maintain these unsold properties and sometimes leave them semi-abandoned. ‎A result, it is often easier to get a good discount on an apartment that is under construction ‎where the developer is hungry for fresh cash rather than on an apartment that has already been ‎completed and has been left unoccupied for several years.‎