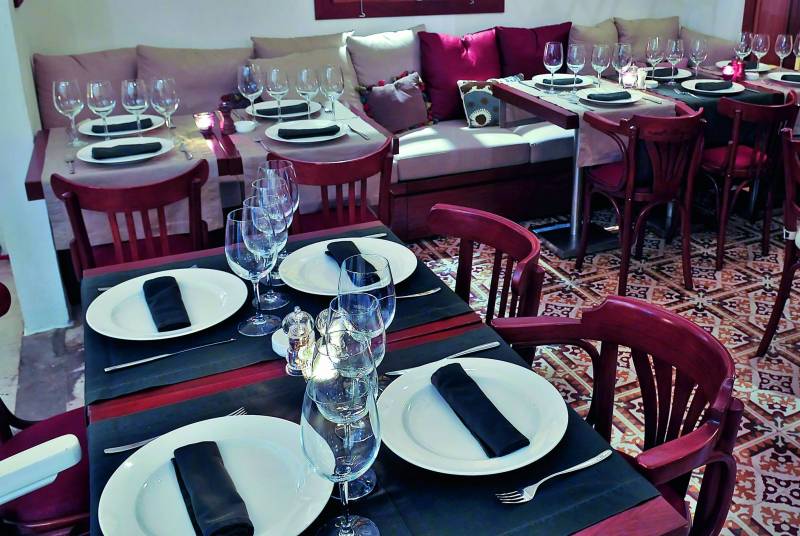 After a period of stagnation in 2018, the number of restaurants, bars and cafes increased by 3.7% this year, despite gloomy economic conditions and a general wait-and-see climate. There are now 977 establishments in the capital, compared to 942 in 2018. Relative to 2015, the number of venues was up by 9.8% in the 11 zones covered by consulting firm Hodema as part of a survey of the restaurant sector in Beirut (Bliss Street, Hamra, Minet el-Hosn, Verdun, Downtown, Zaituna Bay, Gemmayzeh, Mar Mikhael, Sassine, Monot-Sodeco and Badaro).

This recovery is the result of a rebound in the tourism sector with the hotel occupancy rate in Beirut reaching 69.8% in the first quarter of 2019 against 57.9% over the same period in 2018. The first five months of the year were particularly favorable in terms of arrivals to the country. The number of visitors increased by 5.5% compared to last year, totaling 692,704 by the end of May, the sector’s best performance in eight years, noting that the first five months of 2010 registered 732,855 arrivals, and that year was considered a record year for the sector.

The visitors’ countries of origin are also changing. The lifting by Saudi Arabia of a ban imposed on its nationals barring them from travelling to Lebanon has doubled the number of visitors from the Kingdom: 31,069 Saudi tourists visited Lebanon by the end of May 2019, against 16,874 by the same time last year. The return of the Gulf tourists, with their high purchasing power, is good news for the sector, and there are hopes that the United Arab Emirates will also lift its ban on travel to Lebanon.

Meanwhile, the country can always count on European tourists, who now account for 37% of total arrivals. 256,122 Europeans visited Lebanon during the first five months of the year, an increase of 8.7% year-on-year, with the French topping the list, followed by German and British tourists.

This is due in part to the emergence of budget airlines such as Aigle Azur and Transavia (an Air France-KLM group subsidiary). "We have achieved good results by negotiating with airlines with direct flights of less than five hours," said Tourism Minister Avedis Guidanian, adding that “marketing to Europe is one of our main considerations."

Minet el-Hosn and Badaro stand out

This improvement in tourism also benefits bars and restaurants in the capital. Most of the areas included in the study are growing when compared to last year.

Mar Mikhael saw its number of venues increase by 6.8% compared to 2018, Bliss posted growth of 8.3%, Badaro of 9.6%, Zaituna Bay saw 11.8% and Minet el-Hosn 18.2%. This neighborhood, unlike the rest of the city center, which is still depressed, is growing strongly despite an average ticket price among the highest in the city (between 60 and 70 dollars). With nine openings and only three closures, it is still attracting more investors and the trend is expected to continue in the coming months.

Badaro also continues its ascent and has established itself as a benchmark, with the highest growth in the number of seats in our selection: 13.2% growth since 2018 and 74.6% since 2015. The district attracts independent businesses, stimulated by rents that are a little lower than those in Gemmayzeh or Mar Mikhael.

Maintaining a growth trend for eight years, Mar Mikhael is still as busy, day and night, and is attractive for investors who often come to test their concepts before developing elsewhere.

Meanwhile, its neighbor Gemmayzeh is stagnating, with 20 venues opening and as many closures with the number of seats in slight decline (-1.8%).

Verdun and Sassine suffered the most this year with the number of venues dropping by 2.3% and 1.7% respectively compared to 2018.

The market’s recovery is therefore still fragile, but the cannibalization of customers between neighborhoods seems to be fading in favor of more diverse offerings. While a few years ago, the success of Mar Mikhael limited that of Gemmayzeh which itself prospered at the expense of Monot, now a number of neighborhoods are in fashion simultaneously. The success of Mar Mikhael's noisy restaurants and bars did not prevent the development of quieter venues in Badaro, while Gemmayzeh seems to be repositioning itself as a district of restaurants and cafes, instead of a nightlife destination.

The economic situation in the country in general remains challenging, despite the improvement in tourism. The rise in lending rates, which can be close to 12%, and the reluctance of banks to provide loans, are holding the development of the sector back.

Although the Kafalat program, which guarantees loans in the productive sectors reaching up to $ 400,000, is still in operation, the number of loans has clearly decreased, from 39 to 10 between May 2018 and May 2019. Given the lack of bank loans, investors are unable to secure the capital they need to launch their projects, especially in high-profile neighborhoods, such as Mar Mikhael or Minet el-Hosn, where rents can reach several hundred thousand dollars a year.

As a result, the Union of Owners of Restaurants, Cafés, Night-clubs and Pastries, which has more than 2,000 members who are restaurateurs, remains cautious on the sector’s prospects. "The turnover of the tourism sector, which was around $ 8.7 billion a year between 2009 and 2011, has dropped to half since then, reaching only $ 4.5 billion in 2018. This is due to the drop in the number of visitors from the Gulf, but also to the decline in the purchasing power of Lebanese, [both] residents and expatriates," said Tony Ramy, Union president, who also pointed out the lack of legislation regulating increases in rent, and the obsolescence of the legislative and regulatory framework, which has remained unchanged since the 1960s.

The law requires, for example, obtaining the same license, known as a "tea room" license, in order to open a café, a bar or a nightclub, while the services offered by these institutions are different.

"The conditions for opening an establishment should be more stringent," says Tony Ramy. For him, the current laxity encourages investors who do not have experience in the sector to open new businesses, even if they do not have the necessary know-how. "

The market is becoming unstable, with a lot of openings and closures. We are working in parallel on a bill that would make it mandatory for tourist establishments to join their reference unions, in order to develop the sector and [to] protect it,"added Tony Ramy. Commenting on the subject, the Minister of Tourism said "to be honest, there is still no serious work [being] done to modernize [the] 1960 laws. There are nevertheless discussions, and I think we can focus on this subject after the summer season.”