Interview with the director of public policy at Kulluna Irada, a civic organization for political reform, and the former editor-in-chief of Le Commerce du Levant, Sibylle Rizk. 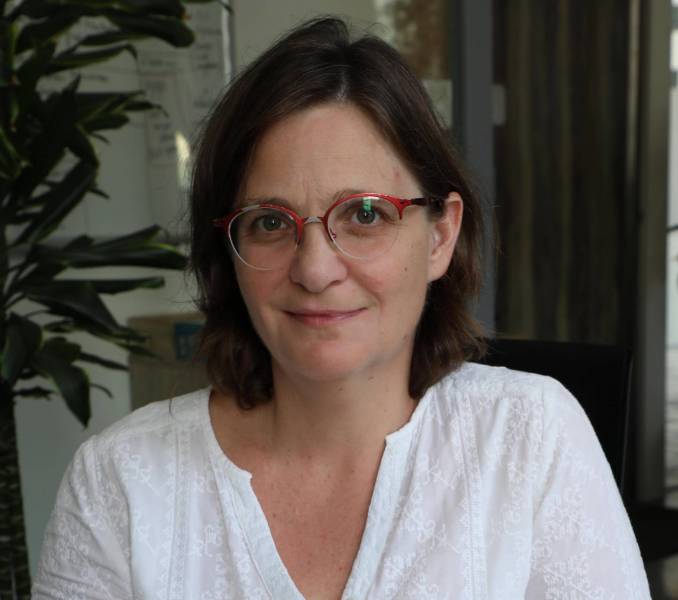 The fragility of the banking sector is a direct result of a decade-long single monetary policy objective of maintaining the dollar-peg, coupled with a massive debt in foreign currency and a national economy incapable of exporting enough goods in order to earn foreign currency

What does Hariri’s resignation change?

It is a first response to the demonstrators who have massively rejected the government’s road map. This roadmap was a mix of reform proposals (but nothing tangible), populist announcements and measures to improve the government’s cash flow. But Lebanon needs much more than this. The 50% reduction in salaries of current and former presidents, ministers and MPs were part of the populist announcements. The roadmap’s only objective was to save time and preserve a ruling class which is running out of breath.

What would be an appropriate response to the economic, monetary and financial crisis that the country is facing?

We must admit that this explosion of popular anger is rooted in deep political and social issues. Above all, it reflects a close understanding of the economic and financial deadlock caused by years of neglect. Lebanon is going bankrupt and it is time to face it. But obviously, the government has not taken any appropriate measures to solve the crisis. The Prime Minister's roadmap does not cater to this emergency. Therefore, we need a new, coherent and credible government, capable of managing the crisis, with exceptional powers limited in time. This government should primarily seek to preserve the social fabric, through an equitable sharing of the burden, while laying the groundwork for a future economic reboot. The closure of banks for two week shows very clearly that the crisis is serious. The reopening did not cause significant short-term damage on banks because of supplied liquidity from the Central Bank and informal capital controls. We are yet to witness the medium-term impact of these two provisional measures given the tight liquidity in the system and the fact that capital controls were left to the discretion of each bank without any official national regulation. The fragility of the banking sector is a direct result of a decade-long single monetary policy objective of maintaining the dollar-peg, coupled with a massive debt in foreign currency and a national economy incapable of exporting enough goods in order to earn foreign currency. Depositors, who are the creditors of the whole system, are clearly concerned about the accessibility of their assets.

What do you think about the Central Bank’s contribution included in the proposed 2020 budget in order to reduce the debt service?

The only concrete decision of the Prime Minister’s roadmap is to reduce the budget deficit to a miraculous 0.63% of GDP, whereas the goal of 7% already seemed unattainable in the previous months. One must be particularly naive to believe that this magnitude of adjustment is possible. In reality, the proposition is to transfer half of the debt service to the Central Bank, knowing that the effective amount of this debt service is undervalued in the budget since the Treasury has not resorted to markets to finance itself for a little over two years.

As a result of this proposed transfer, the debt service fell "miraculously" from $4.99 billion (official figures available end of June 2019) to $663 million in the revised 2020 draft budget which was sent to Parliament. In reality, these budget lines have not evaporated. But instead of including them in the state budget, they are accounted for in the BDL’s balance sheet, whose losses are ultimately borne by citizens. These losses are already astronomical, even if they are hidden under an opaque veil, since the political class has been rejecting the very principles of transparency and accountability for years. No one talks about the Central Bank’s debt which amounts to 55 billion dollars (98% of GDP) according to Reuters-Eikon.

Would you then consider that the problem is about the financing capacity of the state?

The state has been off the market for more than two years, and has been financed mostly using off-market deals with BDL. The interest rates offered on the Ministry of Finance’s primary debt are below the market's demands, which is why the Treasury’s debt offers are underfunded. International markets have noticed this and Eurobond yields are valued at record levels. The Lebanese government Eurobonds are currently the highest-yielding dollar-denominated debt instruments in the world. The CDS (credit default swaps, which serve as collateral against sovereign default) prices for securities maturing in 2021 reached over 2500 basis points, a historic level.

On the books, the State’s debt servicing cost is 6.49%, which seems much more manageable than it actually is (despite absorbing half of the revenues of the State) only because it is reliant on below-market debt issuances financed by the Central Bank. This quasi-fiscal deficit has deteriorated BDL’s balance sheet and has weakened its position to defend the peg and the sustainability of the financial system.

In order to subsidize the Government and maintain the peg, the Central Bank has resorted to financial engineering operations to attract dollars, with increasingly competitive yields to draw dollars from abroad, for example the 3 years BDL dollar certificate of deposit offers 14%. This short-term solution has been going strongly since 2016 and has outlived itself and reached such an extent that BDL’s cost of funds is dragging it down. As a result, its foreign exchange reserves are at net negative levels.

In the short term this solution would have been efficient in order to buy time and allow the government to make the needed fiscal adjustment. However, the fiscal adjustment never came, and these monetary policies are contributing to accelerating the crisis. We have been in a vicious circle for years.

Promises are binding only to those who believe them. This roadmap is only a condensed version of what has been on the table for months. Kulluna Irada has voiced many reservations about these proposals. We particularly denounced the lack of transparency in public procurement on deals worth hundreds of millions of dollars; we don’t see any change concerning this issue. As for the announced reduction of the subsidy to Electricité du Liban, its modalities have not been clarified.

Concerning the proposed privatizations supposed to generate income, we have the impression that the government is scraping the barrel and selling off the "family jewels". How do you see that?

As always in Lebanon, privatization is considered only in the context of short-term cash flow. However, when one is facing insolvency, as is the case today, the focus should be on a well-studied restructuring plan. Many questions should come prior to privatization. The fact that the MEA belongs to the Central Bank, and therefore to the state, is certainly odd. But if the MEA did not have a monopoly over the market, would it be as profitable as it appears today? Why should one transfer such secure income to the private sector? As for the telecom sector, knowing the huge collusion of interest that exists in Lebanon between the private sector and the political class, we must be very vigilant regarding privatization. Besides, we cannot privatize taxes; and most of the revenue generated by mobile services is the result of a price set by the State - telecom prices are notoriously high in Lebanon - which is tantamount to a tax. Not to mention that these revenues are denominated in foreign currency.

If CEDRE funds are released, could it give some relief to the Lebanese economy?

CEDRE aims to finance public investment projects at low rates, conditional to the adjustment of public finances and structural reforms to restore confidence. That’s all there is to it. Lebanon still has the possibility to access foreign funding, as well as the capacity to mobilize diaspora funding. But the question Kulluna Irada raised at the international conference remains the same today: what is the macroeconomic and budgetary framework for the country today? It is urgent to define this framework and take immediate steps dictated by the crisis: avoiding massive dollar withdrawals, restructuring debt, and rationalizing the use of the remaining foreign currency-reserves in order to maintain basic imports such as fuel and medicines and guarantee the basic needs of the population. Until now, the authorities offer no way out, which is precisely why the Lebanese remain in the streets.