Approximately one quarter of the Lebanese people live below the poverty line. This figure alone justifies the people’s anger, especially in Tripoli. 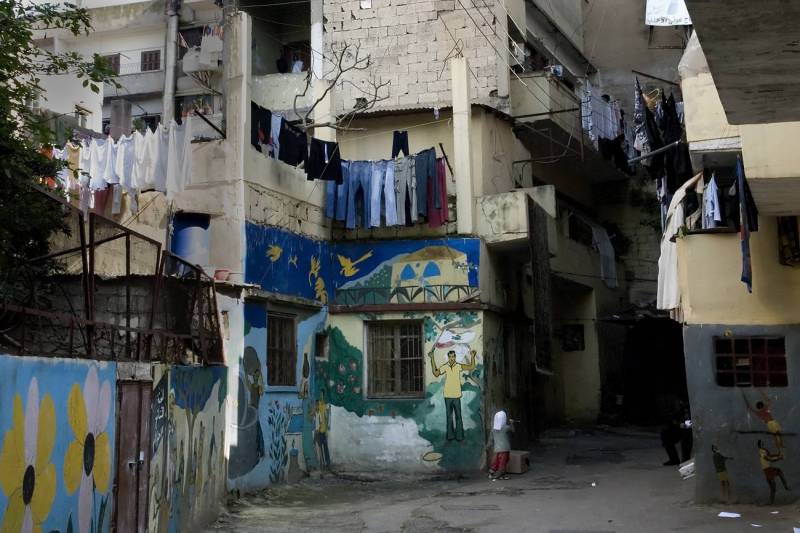 "When the rich steal [from] the poor, we call it "business", when the poor do the same, we call it "violence"", reads a sign held by a protester who, like hundreds of thousands of Lebanese, is calling for a decent income and more social justice.

The figures underline the sad reality: 27% of the Lebanese people are officially poor. It’s even worse in Tripoli, one of the strongholds of the protest movement, where 36% live below the poverty line. Across Lebanon, 1.2 million people live on less than $ 8.6 a day, among whom 250,000 to 300,000 survive on less than $ 5.7 a day, the threshold of extreme poverty.

According to data collected by the Safadi Foundation and published in 2017, 60% of the inhabitants of the old city of Tripoli are unemployed, and 72% of households live a lower income than the minimum wage (450 dollars per month). "Ever since the end of the Civil War in 1975, the city has been abandoned by the public authorities that [have] failed to assume their functions and responsibilities here," declared the millionaire Mohammad Safadi, a city’s MP back then.

The war in Syria has only worsened the social crisis. According to the World Bank, more than 200,000 Lebanese have fallen into poverty since 2011. The presence of 1.5 million Syrian refugees has resulted in a social dumping (71% of the Syrian refugees in Lebanon live below the poverty line, and survive only thanks to aid provided by humanitarian organizations), leading to increased competition in the local labor market, among other problems.

Despite the impoverishment of a substantive chunk of the population, no measures have been taken to address the problem, or to spare the poorest from the austerity measures mentioned in the 2019 budget.

When people finally took to the streets, Saad Hariri suggested a "Reform Package" devoting 20 billion Lebanese pounds (about 13.27 million dollars) to fight poverty. The Prime Minister also announced a $100 million loan from the World Bank to finance the Ministry of Social Affairs' aid program targeting the most vulnerable families. This announcement happened a little too fast. When Le Commerce du Levant contacted the organization for details, the answer was that the terms of the loan were not yet finalized. It is worth mentioning that the World Bank has contributed $25 million of donations to this program since 2013 and continues to do so.

The program currently helps 43,000 families, living below the extreme poverty line, allowing them to receive free medical care and education services. "It's still too early to unveil [the] results," said Haneen Ismail Sayed, program leader at the World Bank. Unfortunately, due to a lack of means, only 10 000 of these families benefit from food assistance, through a food card program. "The government would like to increase the number of beneficiary families to eventually include all the 43,000 identified households. More funds need to be injected in order to significantly reduce [the] poverty rate," she explains.

On the other side, the National Bloc party estimates that $110 million per year is needed to fight extreme poverty. On October 16, the party launched a campaign to promote the Afaal program, which was first presented in 2014 by Robert Fadel, a former MP for Tripoli. The law proposes a monthly financial assistance of $150 for each Lebanese family living below the extreme poverty line. However, this assistance applies under two conditions: the family's children must be in school and the householder must register for vocational training (in order to learn how to do a certain job). "The funding would come from the State’s budget and hence, would not depend on international aid," said Amine Issa, the National Bloc’s political coordinator.