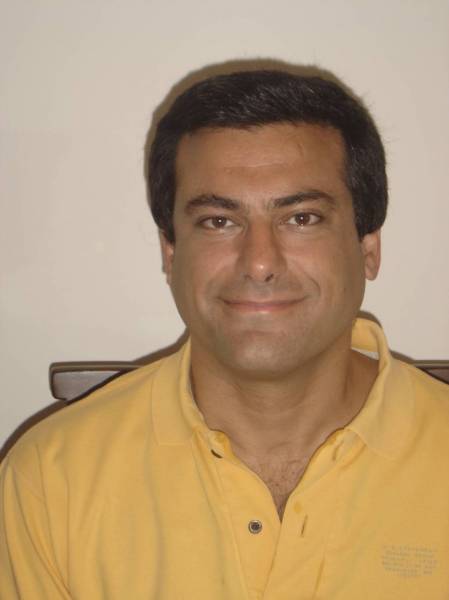 Few intelligent observers have any doubt that Lebanon’s national debt is in dire need of surgery. Le "miracle libanais" notwithstanding, a ratio of 160% of debt to GDP (and possibly much higher depending on how this ratio is defined) is unsustainable and requires urgent reduction via a classic restructuring. Bond prices and CDS spreads point to a default probability in the coming year well above 50% and approaching 90% if the 1-year CDS contract is to be believed. Exchange controls may prolong the continued servicing of the debt but are very unlikely to preempt altogether a restructuring of some sort or other. I spent the better part of my early career as a New York-based lawyer and banker deeply enmeshed in sovereign debt restructurings.

Country restructurings in which I was involved included Brazil, Argentina and Mexico (extensively) and Russia and Ecuador (more superficially). Each case differed in important respects, but all of them resulted in the reduction of the debt’s outstanding principal or coupon or both, along with (typically) the extension of maturities.

Other idiosyncrasies centered on the inclusion of high-quality collateral in favor of the bondholders – in restructurings executed pursuant to the so-called Brady plan in the Nineties for Mexico, Argentina, Brazil, Nigeria and the Philippines, among others.

Still more exotic permutations involved the grant by the sovereign of “GDP warrants” which enabled the bondholders to claim additional interest if the domestic economy grew by more than some pre-specified amount. A final twist on the themes above centered on the attachment of “oil warrants” to the underlying bonds, which gave rise to a higher coupon if the value of oil production in certain future years exceeded a given amount.

Consequences of a Lebanese restructuring are numerous, and will vary meaningfully with the style of restructuring adopted. The greatest impact will undoubtedly fall on the country’s banks, who own collectively a vast percentage of the national debt.

We assume for purposes of this article that exposure to the Central Bank will be treated in the same manner, broadly speaking, as direct exposure to the sovereign, and that exposure in LBP is as much at risk of a restructuring as exposure in USD (we acknowledge that, in principle, LBP exposures could be serviced through the printing of money, but seriously doubt that such a solution would be adopted given its horrific consequences from the perspective of both inflation and currency devaluation).

We further assume, quite realistically if annual reports are accurate, that some 70% of bank assets represent exposure to the sovereign or the Central Bank. We assume next, again based on disclosure in annual reports, that bank equity constitutes only 10% - 15% of bank assets. We assume finally, based on precedents from other countries, that restructured debt will be worth at best some 50% of the original debt.

Simple arithmetic points to a 35% diminution in the aggregate value of bank assets following a restructuring (70% x 50%).

This number deteriorates if we assume (i) that the recovery value of the restructured debt falls below 50% – in the case of Russia and Argentina that value was 18% and 25% respectively; or (ii) that the remaining 30% of bank assets also prove partially uncollectible, largely in consequence of the catastrophe afflicting the domestic economy.

If it turns out that recoveries on sovereign exposures are closer to 30% – not much lower than the current trading price of many Eurobonds – and that one quarter of domestic loans are completely written off, the net diminution in aggregate bank assets rises from 35% to 56.5% (70% x 70% + 30% x 25%).

Under the pessimistic scenario (to which we attach a slimmer 10% equity base), the write-offs exceed the equity by 5.65 times.Shareholders can expect no return on their investment under either scenario and must contemplate a complete write-off of their investment.

Inevitably, the elimination of bank equity mandates also a restructuring of bank deposits, and specifically a reduction of depositor claims by an amount that will range, depending on which of the above assumptions we make, and assuming that all depositors, large and small, are treated equally, from around 25% to around 50%.

It is possible in theory that a greater part of this burden could be placed on the shoulders of the larger depositors, which would increase the loss assumed by those depositors but reduce it for the smaller ones; this option, however, would be extremely difficult to implement logistically and would require an element of political will and social cohesion that are not typically associated with Lebanon.

Interestingly, the lower end of the 25%-50% range is roughly equivalent to the “haircut” that depositors of US dollars are currently absorbing de facto – with dollar withdrawals being forcibly converted into LBP at the official exchange rate of 1,507 while the "official" parallel exchange rate is closer to 2,000.

Stated another way, there is no need, under this scenario, to rush to the bank to withdraw the maximum permissible daily amount, in the hope of minimizing the pain of the inevitable haircut on deposits.

Naturally, this assertion becomes harder to justify if deposits are ultimately written down by 50% rather than by 25%. We turn next to the preferred shares that banks have issued in recent years.

These instruments pay a higher yield than ordinary deposits but present greater risks to the purchaser: (i) they have a perpetual maturity, meaning that on no future date is the issuer obligated to repay them; (ii) their dividends are strictly discretionary and may be suspended indefinitely if the issuer cannot afford them; (iii) they stand right above common shares in the capital structure and are written off in a bank restructuring immediately after the common shares; and (iv) very importantly, they are typically callable, in the issuer’s sole discretion, on specified dates after issuance, often 3 or 5 years.

All these risk characteristics are well explained in the Offering Circular (“OC”) prospectus. More than one holder of these instruments, however, has expressed to me the belief that when purchasing these securities, they were led to believe that the call date is a redemption date.

In other words, that far from being perpetual, these instruments must be repaid on the first call date. This belief stands in contrast to the clear language in the OC, but the OC is invariably 200 pages long or more, and is written in the legalese that few purchasers are likely to understand.

The doctrine of caveat emptor (“let the buyer beware”), if it applied under Lebanese law, would shift onto the investors the responsibility to educate themselves with regard to all key terms of these instruments; but some sympathy must surely be expressed for an investor who was informed, if the allegations are true, that the call date is a redemption date.

All this becomes academic, of course, if any of the unappealing scenarios described above materializes: the preferred shares will be written down to zero right after the common shares, a certainty if asset losses reach 35% let alone 56.5%.

We conclude by addressing the argument that no write-down of the sovereign exposures would be necessary if the debt were simply extended, and its coupons reduced, but its principal left untouched.

For example, the outstanding June 2025 Eurobond could be exchanged for a new issue of equal face value but maturing in 2040, and its coupon reduced from 6.25% to 3%, easing meaningfully the servicing burden on the government.

This gives rise to a number of quite serious problems, however: (i) it condemns the holders of this instrument to many years of “negative carry” – a situation in which the yield on assets is inferior to the funding cost of the institution, by several percentage points. This shortfall would generate large losses for the holder on an annual basis, which would make it very difficult for the banking industry as a whole to provide new loans to the private sector in any meaningful amounts; (ii) it does not reduce the aggregate amount of loss incurred by the banks, but merely spreads this loss over a number of years, instead of recognizing it all upfront; and (iii) it makes it very difficult for the banks to attract fresh injections of equity capital, something that is sorely needed, and in amounts far in excess of the 20% increase mandated by the BDL in its recent decree.

Interestingly, the BDL has floated the possibility of extending the maturity of the March 2020 Eurobond while increasing its coupon from its current 6.375%. Obviously this reduces the banks’ negative carry problem outlined above but shifts the burden back onto the issuer by requiring it to service a debt with a coupon of 8.375% (say) when it was struggling mightily to service its old coupon of 6.375%.

The issuer thereby acquires some breathing space by avoiding the need to repay principal as scheduled but finds itself under a worsening debt servicing problem going forward.

In a nutshell, the choice is between accepting a great amount of pain upfront or spreading it over many future years, during which the banking sector would remain moribund.

*Oussama A. Nasr has worked as a lawyer, banker and financial consultant in New York City and Beirut. He began his career at the law firm of Shearman & Sterling in NYC, followed by 7 years at Citigroup, before establishing the consultancy DNA Training & Consulting. He holds BA and MA degrees from Cambridge University in Mathematics and Philosophy and a Juris Doctor degree from Cornell Law School.