Given the risk of the devaluation of the Lebanese lira, a potential public debt restructuring and a “haircut” on bank deposits, are employees end-of-service benefits, managed by the National Social Security Fund (NSSF) at risk? While emphasizing that the country faces serious social challenges, NSSF Acting Chief Financial Officer Chawki Abou Nassif, sought to offer some reassurances. Interview. 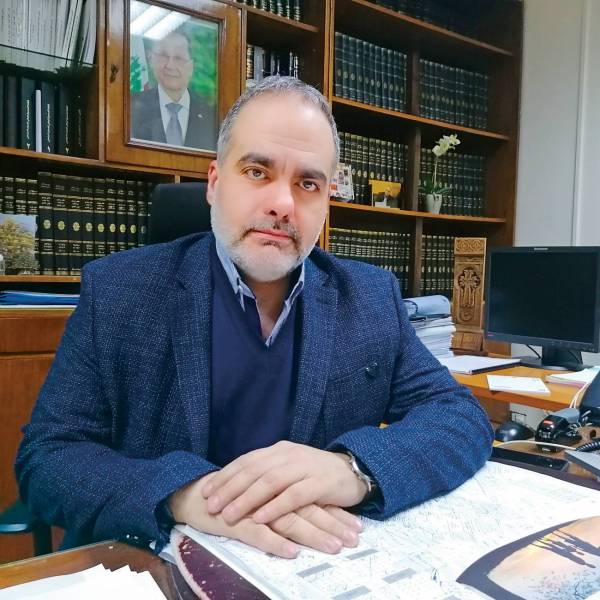 Increasing numbers of people are worried about their savings. At the NSSF how are you seeing people react to the situation?

For a few months, we’ve seen an increase in requests for the withdrawal of end-of-service benefits. Employees, some of whom have accumulated less than 20 years of contributions, fear that their savings will lose value and prefer to cash them immediately, even if they give up on their full benefits. On average, we are receiving 100 to 150 additional requests per day, with a peak of 500 requests for a few days. Despite this increase, we are able to pay the required funds, because the end-of-service benefits fund has sufficient reserves. The slow processing of files isn’t related to the availability of funds, but to a lack of human resources since we haven’t hired since 2012. Payment deadlines have thus increased from about 15 days to about two or three months. The situation may get worse in the next few months, not only because of the public’s panic, but also because of layoffs caused by the economic crisis.

How are the assets of the end-of-service benefits fund invested?

Do US dollar investments and the decision to lower interest rates on deposits have an impact on the fund’s financial balance?

How much does the State owe to the NSSF and what does the debt relate to?

What are the implications regarding the State’s accumulation of arrears?

In Article 71 of the 2019 Budget Law, the State reaffirmed its intention to pay its arrears, and we consider this commitment to NSSF beneficiaries to be a positive signal. The reimbursement was to be made in ten annual installments of 543 billion Lebanese liras each, the first of which should have been paid before the end of September; however, this payment has still not been made. We’ve been drawing on our reserves so far, but we won’t be able to continue to fulfill our obligations if the State doesn’t begin to pay its contributions as well.

What would the consequences of debt restructuring or a “haircut” on deposits for end-of-service benefits be?

Together with the Ministry of Health, the NSSF is the guarantor of the country’s social security and stability. Messing with NSSF assets would deal the institution a hard blow and challenge this stability. Since almost all of our assets are invested in Treasury Bills and bank deposits, we’ll obviously be significantly affected by a restructuring of the Lebanese lira debt or a “haircut” on bank deposits. We hope that the State authorities will take into account the social impact of such measures and preserve, at all costs, the employees’ savings.

Can these savings be invested in anything other than public debt or through bank deposits? Can the NSSF, for example, participate in the opening up of certain public enterprises to investors?

This would require amending the NSSF Law, which prohibits us from placing our assets in other types of holdings at this time.