Interview with Amer Bisat, former IMF economist and Salomon Brothers chief economist for Europe, and head of the sovereign investments and emerging markets team at BlackRock, the world’s largest asset manager, who speaks about the Lebanese crisis in his personal capacity. 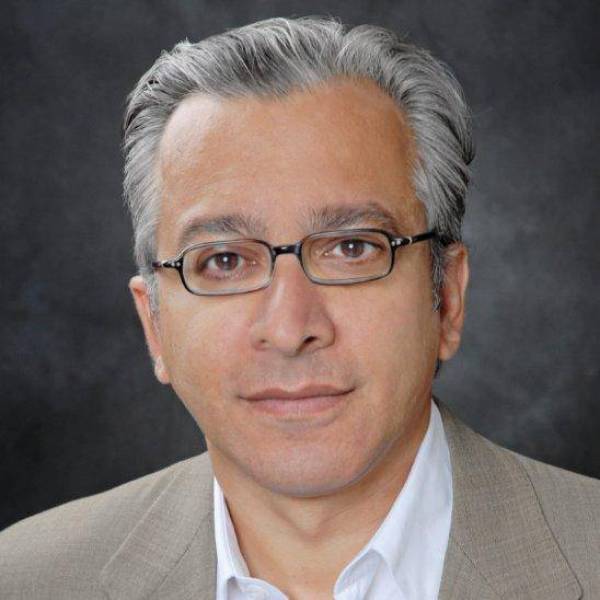 Why is debt restructuring inevitable?

Lebanon’s public debt, standing at more than 150% of GDP, is unsustainable. With an average coupon of 7% per year, the interest payment alone absorbs 10% of GDP. Add to this another 15% of GDP in principal repayment if we assume an average maturity of 10 years. To pay its debt, Lebanon must therefore deprive itself of one-quarter of its income each year. This is a very heavy burden on the economy. Look at this from a different lens: The state’s tax revenues account for only 22% of GDP.If the taxes collected are barely sufficient to cover debt service, how can the state pay its employees or finance necessary infrastructure investments?Until this year, it was able to do so by raising more debt, and at ever higher rates. It can no longer afford to do so.

You could argue that the decision to delay the problem through financial engineering operations was reasonable at the time, but one can’t deny that the effort failed. Now, that is no longer an option. The magnitude of capital inflows needed to preserve the system is simply too big. How big? Even with a 5% recession, a 25% real depreciation, a massive contraction in imports and unchanged remittances, Lebanon’s financing needs would remain around USD 8 billion a year. If, by miracle, the banking sector is able to attract such new deposits, it will close the balance-of-payments deficit for one year (at the cost if increasing the country’s external debt).

But what will happen in the following years? Sticking to flow solutions, without addressing the stock problem, we can gain a few months at the cost of a deep recession, severe inflation and prolonged capital control, with enormous political implications.

Argentina went through this in 1999, 2000 and 2001, with the Cavallo plan, which attempted to postpone the problem with the hope that the economy will eventually grow. It didn’t. Debt restructuring is essential to regain fiscal space and boost growth. But it is not a panacea. It should be part of a comprehensive plan including other aspects: the reform of the public finances; a new exchange-rate policy and restructuring of the Banque du Liban (BDL)’s balance sheet; and the recapitalization of the banking sector.

This plan must be accompanied with funding. Lebanon needs balance of payments support, budgetary support and sectoral support – from institutions such as the World Bank, from the European Union and possibly from the Gulf states.

To put debt back on a sustainable path, Lebanon needs to have ratios similar to those of emerging-market countries that have never defaulted – around 60-80% of GDP. This is a considerable effort, especially if we avoid restructuring foreign currency debt. If the government spares 30% of the total debt, the rest will be much more impacted.

From a political and moral point of view, it is unacceptable to favor foreign creditors over local creditors. It is naive to believe that debt restructuring can take place without legal complications. There will probably be, at some point, lawsuits.The state should prepare for this, as quickly as possible, by having a team of legal experts.

Would the state’s default on Eurobonds exacerbate the banks’ liquidity crisis?

To simplify things, for the past two decades, the banks’ activity consisted of attracting deposits and placing them at the central bank. They have roughly deposited the equivalent of USD 100 billion to the BDL, which holds only USD 50 billion in foreign currency assets, including gold. When the BDL uses its foreign currency reserves to settle Eurobonds, it reduces the deposit coverage rate, which ultimately increases the “haircut” risk. It thus favors creditors over depositors. The banks’ insolvency crisis must be acknowledged and confronted by recapitalizing the banking sector.

How much do you estimate the needs of bank recapitalization?

The hit to bank assets will depend on the “haircut” on public debt, the restructuring of the BDL balance sheet, and the amount of non-performing loans to the private sector. But the amount is surely very significant. The first step should be to ask bank shareholders to help recapitalize their institutions. The government could also request foreign aid earmarked for the sector, or consider a bailout, that is, nationalization of some banks. This could be done by issuing long-term bonds or securitizing future oil and gas revenues. I am aware of the sensitivity of this subject in view of governance issues in the country, but this tool could be too significant to be ignored. If this isn’t possible, it might be necessary to include in the process the depositors, who are banks’ senior creditors. If a haircut is required on deposits, it should be applied, as a last resort, in an equitable manner. One might consider, for example, a haircut on the accumulated interest, not the capital.

Is the pound’s devaluation inevitable? Who would benefit from it?

The Lebanese are already undergoing a de facto devaluation.Even if we ignore the fact that the BDL’s net foreign reserves are negative, the monetary authority can’t continue to support the pound with depositors’ money. A weaker pound is part of the solution. I don’t think that the national currency should be floated, because it may overshoot. But a controlled devaluation can benefit both the state and the banks.

The BDL’s balance sheet, on the other hand, would deteriorate due to its exposure in USD. By the way, the BDL is one of a few central banks in the world that wouldn’t benefit from a devaluation. The private sector will, of course, be affected by the immediate destruction of wealth, and the decline in purchasing power. But the prospect of future revenues can improve with the economy’s competitiveness. Devaluation will support exports, especially in the services sector, such as hotels.

Can Lebanon do without foreign aid, for example by privatizing these assets?

It seems to me difficult for Lebanon to get out of the debacle without external financial assistance. Privatization can be part of the solution, provided it is done right. The risks of a fire sale of state assets or turning public rents into private rents shouldn’t be underestimated. Lebanon can no longer afford sequential reforms. It must work on several fronts simultaneously. The good news is that reforms are easier to implement today than they were five years ago: the state’s debt is trading at the lowest level in markets, devaluation is a reality, and depositors, forced to withdraw their dollars in pounds at the official rate, are already suffering a haircut. There is a window of opportunity, if the right approach is adopted.

More unemployment and instability ahead