Rami Kiwan, economist and head of Policy Strategy and Planning Unit at G20 Saudi Secretariat, gives, in his personal capacity, his assessment of the global and Lebanese economies during the Covid-19 pandemic. Interview. 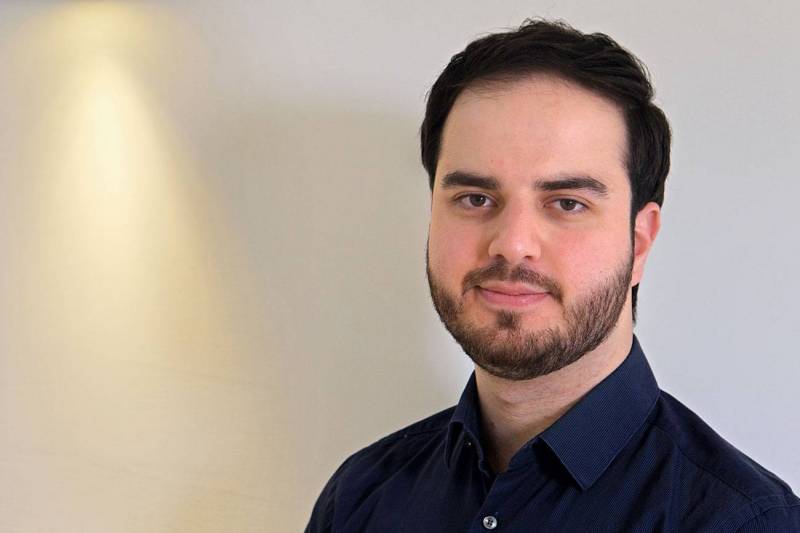 Photo Rami Kiwan: “Emerging markets are facing a liquidity crisis. It is estimated that more than $95 billion has left emerging markets since January.”

What has been the impact of the coronavirus pandemic on the global economy?

The COVID-19 triggered a major health emergency and a severe economic crisis. The pandemic came against a backdrop of highly globalized economies, integrated supply chains, high share of services in GDP, high levels of sovereign and private debt, and above all an unprecedented human interconnectivity. It is primarily a health crisis to which governments have responded by placing the economy in artificial coma, causing a supply shock. Businesses cannot produce anymore, which has resulted in a sudden and unprecedented halt of economic activity and a sharp tightening of financial conditions. People found themselves out of work. By depriving millions of people of work and income, the sudden stop in economic activity has eventually led to a drop in demand resulting in a recession.

How long may this recession last?

Most analysts do not expect a strong recovery before next year as the shock has been severe. But we cannot predict with certainty unless we know the extent of the contraction, how much production capacity has been destroyed and especially the time it will take to control the pandemic.

In developed countries, governments have taken far-reaching actions, learning from the 2008 financial crisis. That crisis has taught us that the cost of safeguarding the system is less than the cost of rebuilding it. In the United States, for example, the economic participation rate remains today lower than in 2008.

To prevent the economy from collapsing and allow it to restart, it is necessary to support businesses and preserve jobs. This is the policy adopted in Europe where countries massively subsidized companies to keep workers on the payroll and avoid big layoffs.

In the United States, where the labor market is more flexible, the authorities took a different approach. The government has stepped up emergency support for businesses and money transfers to households. It has also significantly increased unemployment benefits in the face of the rapid increase in the number of unemployed.

How are developing countries doing?

Developing countries do not have the means to cope with the crisis. In terms of health, we have the impression that they are doing better because they have drawn on the experience of others and imposed confinement measures very quickly. However, the figures announced by these countries must be put in perspective considering their institutional capacities.

The economic impact of the pandemic, on the other hand, will be very difficult to manage in countries where social protection systems are generally failing or non-existent and debt levels are high. Low-income countries must pay $140 billion in debt service this year, including $10 billion in foreign currencies.

Emerging markets are also facing a liquidity crisis. It is estimated that more than $95 billion has left emerging markets since January, the largest capital flight recorded in nominal terms. Capital outflows are more pronounced than during the global financial crisis when measured as a percentage of gross domestic product (GDP). To date, about 100 countries have requested emergency assistance from the International Monetary Fund (IMF), twice as many as during the global financial crisis.

The IMF mobilized its entire lending capacity of $1 trillion-- Special Drawing Rights, new borrowing arrangements and emergency assistance—for countries in difficulty, and the World Bank and other MDBs announced a total package of $200 billion. For its part, the Group of Twenty (G20) supported a plan to suspend debt service payments for the world’s poorest countries till the end of 2020. But all that may not be enough and perhaps debt relief for the poorest countries should be considered.

What is the situation of the Arab countries in particular?

Oil-producing countries have relatively better healthcare infrastructure and more liquidity but are hit by the collapse in oil prices. Most Gulf countries have sufficient reserves to support domestic demand, but the crisis may slow down their economic diversification plans.

For oil-importing countries, falling prices reduce oil bills but will also negatively impact remittances and tourism. Most of these countries already suffer from high poverty rates, low growth and debt levels which severely limits the governments’ ability to support the most vulnerable.

Morocco and Jordan have called for adjustments in their existing programs with the IMF, Tunisia and Mauritania have already received emergency assistance from the IMF, while Algeria, Iraq and Lebanon are currently preparing applications for IMF assistance.

Will the pandemic bring about structural changes at the global level?

Changes in the behavior of economic agents could disrupt the global economic and financial order. With the decline in international trade, there has been an awareness of the vulnerability of global supply chains. Some essential productions may be relocated, but no country can produce all the goods and services it needs. As a result, there is likely to be more regional integration, with more robust supply chains in place. We may see a world with mainly three competing economic powers: North America, Europe and East Asia.

But the crisis will also profoundly change the role of government, which will be called upon to ensure universal healthcare coverage and provide more social protection. Pressure on public spending may force governments to impose higher taxes on wealth and higher incomes, which would help reduce inequality. We can also expect massive investments in the post-crisis health sector, particularly research and development (R&D), and this is likely to widen the gap between wealthy economies and the rest of the world.

What about Lebanon? Is the global crisis worsening its situation?

The pandemic ultimately had little impact on Lebanon, as activity had already been at a standstill for several months and the banking sector isolated from the rest of the world.

The pandemic has even given impetus to the current system: falling consumption and drop in oil prices have slowed down the depletion of remaining foreign reserves; the global context has allowed Lebanon to access emergency international aid and confinement measures have slowed down the protest movement. Most importantly, the deterioration of social conditions has also allowed the traditional political class to reactivate its clientelist networks. But that cannot last. With the global crisis, Lebanon’s partners will refocus on their domestic problems, employment opportunities for Lebanese abroad will become more limited and the Lebanese will take to the streets again. The longer the crisis, the more difficult it becomes to overcome. The country will not be able to solve its crisis without an IMF program that would unlock international aid.

Can the government’s reform plan save the country?

The current debate is not healthy. Everyone is focusing on a possible “haircut” on deposits, while 55% of Lebanese adults are unbanked. It is mainly the decline in income and purchasing power that needs to be addressed. Lebanon, which no longer has the means to defend the pound, will have to exit the fixed exchange rate regime—something it should have done in 2009-2010, when it experienced massive capital inflows. Today, the cost will be much higher, hence the need to rethink social protection and put in place strong social safety nets.

Indeed, commercial banks and the central bank (BdL) must be recapitalized, otherwise the country will not have a healthy financial sector that can support the economy. And to do this, one must start with the banks’ shareholders, whose management has not respected the basic principles of risk diversification by placing 70% of their assets in the public sector. At the same time, the State’s assets should not be sold off in the midst of a devastating crisis, let alone entrusted to a banking sector that has failed to manage a national wealth four times as big as the country’s GDP.

The most important thing is to address the source of the problem, which is governance in both the financial sector and the government, in order to regain the confidence of the Lebanese and the international community. Reforms must focus on fighting corruption, clientelism, nepotism and monopolies.

The technical solutions are available, but the remedy to the Lebanese crisis is above all political. We must regain our military and monetary sovereignty. As Daron Acemoglu and James Robinson argue in their book "Why Nations Fail", the key differentiator between countries is the quality of institutions, which must be pluralistic and stable.

It is not a question of changing Lebanon’s economic identity, as some incorrectly claim. It is above all about moving away from crony capitalism, which by replacing the war economy has served the interests’ of former warlords and traditional political leaders, to a real market economy with a new social contract.

In the short term, a general impoverishment of the Lebanese population is unfortunately inevitable as we must pay the price of years of carelessness. But in the medium term, provided that a political change is possible, I am optimistic about the country’s future.