Maurice Sehnaoui is undoubtedly one of those who saw the crisis coming. At the helm of SGBL for many years, then BLC Bank, the banker and former energy minister disengaged from Leba-non in 2018 in favor of Cyprus, where he founded Astrobank. Interview. 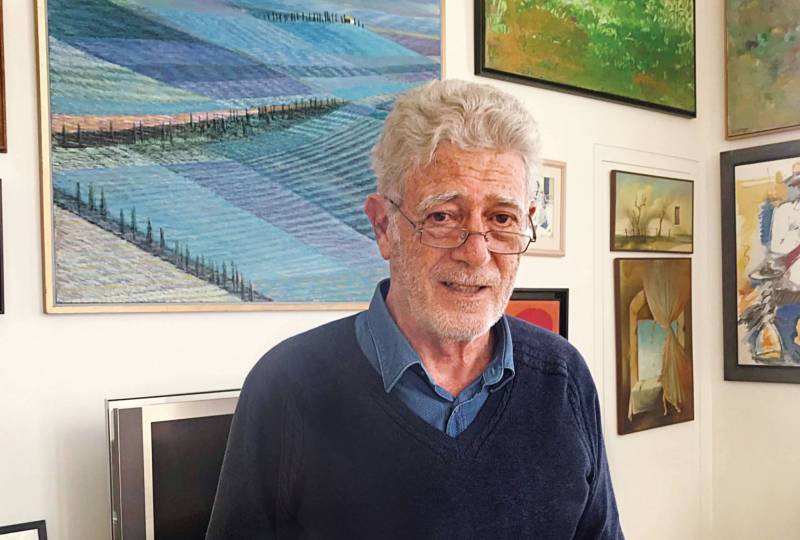 Bankers, like all Lebanese, do not want to admit that there is a fundamental political problem. This is an existential question.

Are banks responsible for the current crisis?

It is very difficult for me to admit that the banks and the central bank are responsible for the current crisis. Of course, arguments can be found to incriminate them, but the real culprit is the state.

Isn’t the central bank part of the state?

The Bank of Lebanon (BDL) has a dual function: to control the currency and the banks. It is not responsible for the economy or the public deficit. If the governor at one point assumed a role in the economy, it was because the government was unable to implement coherent policies. The Lebanese state is clearly dysfunctional, unable to make the necessary decisions, but it is certainly not the central bank’s fault.

Faced with the deterioration of the state’s financial situation, should its creditors not have put a stop to it?

If the banks objectively measured their risks, they would have stopped financing the state long ago, at least since 2002-2003. At the time of the Paris 2 conference (of donor states), the BDL plan, to which I had contributed, sought an increase in foreign exchange reserves with the idea of subsequently lowering interest rates and reviving the economy. But the economic reforms that were to accompany this plan were never implemented for political reasons.

Before that, was not the decision to fund the state in dollars from the late 1990s already a mistake?

The dollarization of the debt was perhaps a mistake. But historically, dollar deposits in the Lebanese banking system have always been significant and, at the time, the dollars were already there. The problem is that with the policies pursued, we had to have always more. We are one of the few economies in the world – perhaps the only economy – to operate with two currencies and a fixed exchange rate. This system has its pros and cons, and so does getting out of it.

Did the banks commit the sin of greed by continuing to finance the state?

If the banks had stopped financing the state, they would have caused a major crisis, with consequences for their sector but also with significant political repercussions. Just like what is happening now, but probably on a lesser scale. However, the choice of escaping forward prevailed, especially since it allowed the banks to make substantial profits.

Did the 2016 financial engineering push the problem to a new level?

Once we took this route, we had no choice but to continue to buy time, while waiting for the state to take its responsibility. That was the purpose of this engineering. This is also the message of the Conference for Economic Development through Reforms and with Enterprises (CEDRE). In 2018, CEDRE donors did not tell the Lebanese government to stop the financial engineering; they asked it to make reforms to secure financing that would allow it to invest and boost growth to lower the debt’s ratio to the gross domestic product ratio. But politically, Lebanon was still not in a position to implement the reforms.

Bankers, like all Lebanese, do not want to admit that there is a fundamental political problem. This is an existential question. Lebanon was born with a genetic defect: it was necessary from the beginning to have two rulers, and then they became three. For this to work, you have to find the right formula. It took the Swiss 500 years to get there. In Lebanon, we could do it if we were not in a region in turmoil, with issues beyond our control. How would you solve an already very complicated problem when you are in the middle of a volcano? In the current regional and international configuration, this seems impossible to me, hence the interest in continuing to buy time while waiting for a political settlement in the region. Personally, that is the choice I would make.

But not Prime Minister Hassan Diab’s government, which said it wanted to stop this escaping forward by defaulting on the dollar debt...

This decision was eminently political. While the government relied on the recommendations of Lazard, we must not forget that it is the client who sets the parameters for the consultant. The latter was informed that the decision to not pay was already made, so its mission was only to prepare the government to face the creditors. The choice not to pay Eurobonds maturing in March was not the result of objective reflection; it was the result of pressure by the people who took to the street. The prime minister thought that he could not tell the Lebanese that he was going to use their money to pay the creditors. But he did not tell them that the dollar was going to skyrocket, nor how he intended to repay the debts. Perhaps it would have been better to pay, by drawing $1.3 billion from the BDL’s reserves, until there was a credible plan capable of generating confidence.

What do you think of the plan that was announced two months later?

This plan, which is similar to a death notice, was developed once again with a precondition: to absolve the state of its responsibilities. It takes a purely accounting approach, and the figures are presented with a single objective: to make the BDL and the banking sector bear all the losses – the two are designated as scapegoats.

I would question the losses attributed to the central bank until I am told where they come from. We are told that $40 billion or more is missing from BDL accounts: where did they go? What were they spent on? Have successive governments not benefited? I am not saying that the public debt should not be restructured, or that a bail-in of banks will not be necessary; I am saying that the state must first bear its share of responsibility for the collapse it caused. If this proves insufficient, we go to a bail-in, not the other way around.

It should also be stressed that the plan’s objective is to revive the country’s economy, and at this level we cannot simply say the obvious: that we need to move from a rentier economy to a productive economy. It is just a slogan.

What should have been detailed is the economic model we want, the potential drivers that must be prioritized and the incentives that the state must give to restart the engine: tax and customs measures, a palpable encouragement of investments in “fresh money” or even negative interest rates if necessary...

How can the state contribute if it is insolvent?

The state is not insolvent, it has assets whose value is still unknown. That is probably where we have to start, to estimate the present value of all public assets.

In its “alternative” plan, the Association of Banks of Lebanon (ABL) estimates public assets at $40 billion and calls for their placement in a defeasance fund. What do you think of this plan?

I do not know where that figure comes from and the proposed mechanism does not seem very clear to me. But the idea is there. We should be able to use state assets without selling them, because their sale would amount to heresy in the current context of Lebanon or that of the region. Whatever the value of the assets today, they will be worth four times as much when the crises subside, which in my opinion will take five years.

By using the assets, I mean to assign them to secure government debts, so no sales, no swap and no sovereign wealth or defeasance fund: the state should remain the sole owner. The scenario is not simple; it is a complex financial “engineering” but quite feasible. It is unimaginable to leave state assets aside. We can no longer afford populism.

I hope that the International Monetary Fund (IMF) will find a good balance, which would restore confidence in the banks.

Some say that to restore confidence, current bank executives, who have been unable to preserve their depositors’ money, must be dismissed.

The bankers have made mistakes and they are now paying the price, with the loss of their banks’ value. But we must not destroy the reputation of an entire sector just to punish them. Without the banks, there is no economy. In any case, just with the economic crisis, the banks will have to recapitalize.

If the Lazard plan’s figures are correct, based on the death notice that the state has drawn up, banks will probably have to provide $12.5 billion, in addition to $5 billion needed to cover losses on Eurobonds; that is, the capital of banks estimated at $22 billion will be almost exhausted. The BDL has already asked bank shareholders to inject capital; the banks whose shareholders will do so will remain, while others will naturally be dropped.

Even if we want to create new banks by granting new licenses, who will invest if the state does not show that it is capable of bearing its responsibility and that the IMF comes up with the right solutions?