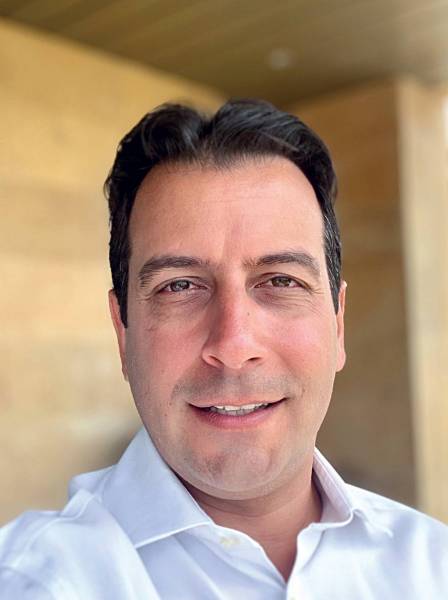 It’s a familiar story for countries in the developing world: unsustainably pegged currencies, poor fiscal stewardship, sky-high debt levels, and eroded credibility as a borrower. Add years of corrupt governance on top of that, and it’s a recipe for disaster, as has been seen time and time again in the likes of Argentina, Indonesia, etc. Lebanon is the latest nation to head down this sad trail, and whose post-COVID return to “normalcy” means facing an economic armageddon unseen in its modern history.

Sadly, like the Argentinians and the Indonesians before them, the Lebanese have run out of palatable options to avoid this catastrophe. Like other debt-ridden nations that have seen the same story unfold, Lebanon needs a massive infusion of cash. But its traditional foreign donors, especially from the GCC, have fatigue from the country’s perpetually disappointing performance. Similarly, the large and prosperous Lebanese expatriate community, which used to remit over $7 billion annually, encouraged by eye-popping (yet retrospectively too-good-to-be-true) interest rates, will no longer trust the banking sector.

The hard truth: there will be no return to the status quo ante Covid of cash dollars flowing from Lebanese ATMs. The population instinctively feels these pressures and knows that the usual life rafts are not forthcoming. So hopes have been inspired by a novel source of funds: the repatriation of funds siphoned off by corrupt politicians over the years and sent abroad into the shadowy world of secret bank accounts and shell companies.Unfortunately, one need not be a cynical political strategist to conclude that the track record of even more compelling asset recovery cases than Lebanon’s does not augur well for the country’s hopes.

Consider perhaps the best example of successful resolution: the loot of former Nigerian strongman Sani Abacha, in power from 1993-8. Nigeria did get back a fraction of the plunder: Lichtenstein returned $225 million, it took from 1999 to 2014; Switzerland returned over $700 million, it took from 1999 to 2007; similarly, 4 years for the Isle of Jersey to return some $160 million. In 2017, a case concluded from 2014 against Abacha’s family members, calling for the return of some $321 million to Nigerian coffers.

Then there are the cases still pending, some of them in appeal for more than a decade. Even with a convenient single focal point like Abacha - who seized power in Nigeria by military coup, and died while still in power, making it fairly easy to classify him as a criminal posthumously and begin the process - ultimate repatriation of the assets is arduous and complicated.

The process includes 4 stages: tracing, freezing, confiscation, and repatriation, each of which can take years even under favorable conditions. Most importantly, the victim country has to champion its case.

In Nigeria, this was obvious as the country returned to democracy after years of military dictatorship, and was keen to exhaust all its political will to trace the destination of stolen funds. When it came to freezing, Abacha was dead and thus could not react to the case against him by quickly moving the funds into oblivion.

Those are just the investigative pieces. Then comes the long legal battles to obtain judgements to seize the money, and then to repatriate it. In the Arab World, consider former Egyptian President Hosni Mubarak, who was toppled in 2011. Nearly a decade later, none of the asset recovery cases concerning him have reached resolution of these 4 stages.

In an ironic twist, however, the greatest success against ousted Tunisian dictator Zine El Abidine Ben Ali resulted from a cheque from Lebanese Canadian Bank for $28.8 million, belonging to the former leader’s wife. But in this case, pressure seems to have been brought to bear by Qatar, which hosts a G-7 backed consortium called AFAR (Arab Forum on Asset Recovery). Qatar’s Attorney General himself, who doubles as a UN anti-corruption official, handed over a cheque from the Lebanese Canadian Bank personally after a Lebanese Appeals Court complied with the decision of their Tunisian counterpart.

Lebanon would have trouble replicating Tunisian success because it’s unlikely that the Lebanese judiciary would indict and convict any sitting Lebanese politician, with the usual excuses about igniting sectarian tensions. And it’s further unclear how much Lebanese loot is sitting in other Arab countries for AFAR to be of much help anyway, whereas Lebanon has historically been an attractive destination for Arab elites like Ben Ali to park cash. Even if the loot was identifiable and the timelines were short enough to matter, in the case of Lebanon there is no single dictator; rather, myriad corrupt officials from ostensibly rival political blocs who have all been in kleptocratic cahoots for years. Indeed, many of the obvious targets for repatriating funds to Lebanon have been the darlings of western political consensus for years; their corrupt tendencies have been tolerated.

Yet from the point of view of desperate Lebanese, there is a certain logic in clinging to the hope of asset recovery, because they have seen the ease with which foreign jurisdictions slap financial sanctions on individuals linked to Hezbollah, for example. But repatriating funds stolen by mainstream politicians is orders of magnitude more difficult. Hezbollah is an unpopular supporting actor in a decades-long geopolitical conflict, and is classified as a terrorist organization in many of the financial jurisdictions. Yet it comes to those Lebanese politicians now accused of stealing, the waters are much more murky.

As such, the Swiss Government has already dismissed Lebanese requests to freeze assets. First, compliance with such requests falls under established international protocols, such as the Multilateral Convention on Mutual Administrative Assistance in Tax matters, or other similar frameworks pertaining to criminal matters. But for these Conventions to work correctly, they require transparency and diligence on all sides.

Unfortunately but not surprisingly, the Swiss found the Lebanese authorities to be forthcoming only to a point. No proof of unlawful origin of the assets was provided. Additionally, an interim Lebanese government may have taken over, but the Lebanese parliament is still in place and the political system has not been overthrown as in Egypt or Tunisia.

In concluding their rejection, the Swiss tersely added that the asset freeze provision of their Foreign Illicit Assets Act “is not a tool to impose change in other countries.” Bottom line: the pipe dream of asset recovery will not materialize in a substantial enough way to resolve Lebanon’s current monetary and fiscal crisis. It’s a fools errand. Rather, a more likely conclusion to this economic debacle will come from the IMF, as the sitting interim government has begun the process and key voices in the establishment treat it as inevitable.

One can only hope that Lebanon’s increasingly impoverished population gets eventual relief as a result of structural reform measures that will accompany IMF intervention, because stolen funds are not coming home. George Ajjan is an international political strategist based in Beirut.

* George Ajjan is an international political consultant, helping candidates to set up elections around the world. He was candidate to the US Senate in 2004.