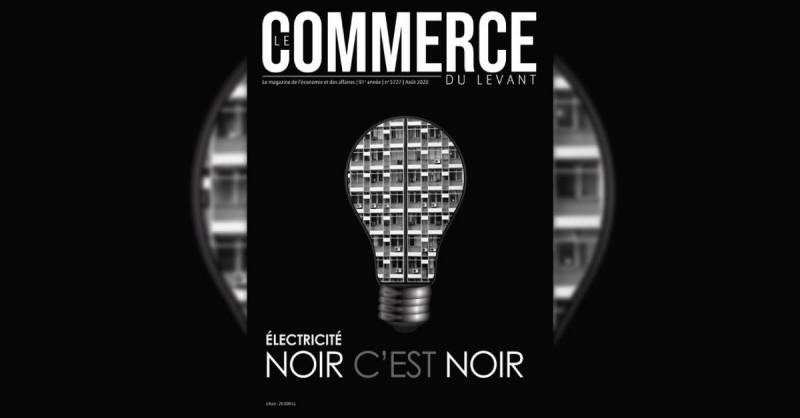 Lebanon is burning. Its economy is collapsing, its society is falling apart, its future is going up in smoke. And its leaders look elsewhere, one eye on their masters abroad, another on their bank accounts. While unemployment and inflation erode what's left of the middle class and starve a growing proportion of the population, politicians have only one word in their mouths: the hair-cut (on bank deposits), presented as the greatest of evil. For banks setting themselves up as de-fenders of depositors' rights, after failing to meet their most basic obligations to them, is gro-tesque. But the fact that the nation's elected representatives present themselves as such is downright totally scandalous.

What about the 50% of the Lebanese who aren't banked? Aren't they worthy of representation? What about those who are losing their income and purchasing power in the face of a rise in the price index, from 56% in May to 90% in June, while they engage in futile debates? Even among depositors, who is defending those who can no longer pay for their children's education abroad, those who already suffer a 50% haircut by withdrawing their dollars at the rate of LL3,950 per dollar, and more than 80% at the "official" rate of LL1,500?

Let's be clear: the depositors they are now trying to protect aren't the majority of the "three million" customers that the banks claim to represent. According to figures from the Interna-tional Monetary Fund (IMF), the banking system had just over 1.6 million accounts at the end of 2015, of which 16,000, or 1%, accounted for 50% of the value of deposits. Less than 0.01% of depositors, or 1,600 accounts, alone held 20% of the deposits, with an even greater concentra-tion for dollar deposits.

It's on behalf of these large depositors, of which it's a part, that the political class rejects the principle of a bail-in. This battle brings together MPs from all sides. From Ibrahim Kanaan, a member of the Free Patriotic Movement (FPM), to Saad Hariri, leader of the Future Movement and shareholder of Bankmed, to parliament's deputy speaker, Elie Ferzli, a shareholder of IBL Bank, to the speaker, Nabih Berri. Everyone wants us to believe that another way is possible. But what is it? 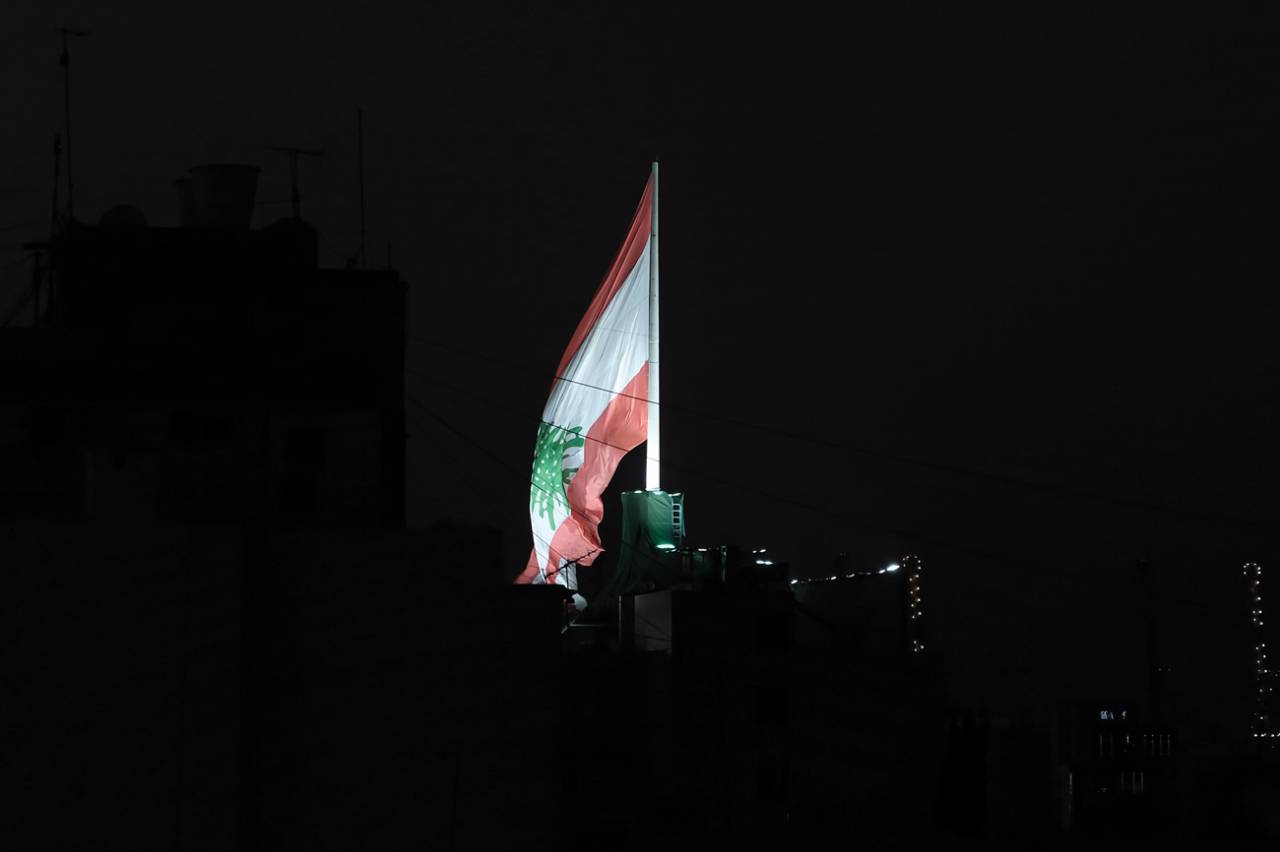 First, we start by denying reality, a child's play for a political class that has turned denial into an art of living. There is a denial that a large part of dollar deposits was spent to support the pound and finance the state, to maintain the illusion of a "Lebanese dollar" - whose conversion into "real dollars" is "momentarily" suspended in banks, but possible on the black market with a discount of more than 65% - and to minimize losses. This means discrediting world-renowned experts, for the benefit of MPs with undeniable genius, who have distinguished themselves in recent years by their skills in finance and economics. All the more so since they have benefited from accelerated training in accounting acrobatics, courtesy of the Banque du Liban (BDL) and the banks.

Too bad if their estimates are deemed inadmissible by the IMF, the country's only potential creditor; there is no hurry. The political class takes the opportunity to scrutinize regional and international signs, hoping for an alignment of the stars.

In the meantime, is the economy at a standstill, are companies laying off people and are the Lebanese emigrating? Let them send dollars to their families from abroad. Is the Electricité du Liban (EDL) no longer supplying power due to lack of fuel? Let people fall back on the genera-tors. Ah, they also ration electricity? We wouldn't have had this problem if "they" had allowed them reform the sector, but today it isn't the priority. The important thing is that the govern-ment reviews its plans.

Lazard was then invited back to the negotiating table with a flagship idea: to use government assets to make up for losses, even though the assets haven't yet been assessed. In the absence of a credible estimate, we go the other way. How much do banks need to get the machine back on track? $40 billion? So be it. How to monetize the banks in the midst of the financial crisis? With privatizations currently ruled out for the moment, the use of state-owned land and build-ings is gaining ground. It remains to be seen how to exploit these assets. Shall taxpayers be stripped to console large depositors? Shall foreign investors be sought?

The other proposal is to create a sovereign wealth fund, to better manage state assets, and whose revenues would increase to the point of funding both the Treasury's budget and bailing out the BDL. The idea is laudable, but implementation may take years and wouldn't in any case fill the huge hole in the central bank's balance sheet, especially that the sources of state reve-nues in "real dollars" are limited.

What are we going to do? We maintain capital controls, but informally to keep hands free, we “lirified” the deposits, we allow the pound to devalue, we mask the accounts to "preserve con-fidence" in the financial sector and we pray that capital will return.

Riad Salamé can do it. He has always done so. For years, he masked the losses incurred to sup-port the pound, the banks and the state by accounting as assets in his balance sheet future sei-gniorage revenues; that is, the revenues he intends to generate in the future by creating mon-ey.

This practice, used on an ad hoc basis by central banks in times of acute crisis, has become here a modus operandi over time. When did the system break? It's hard to say. But the larger, more savvy depositors began to have doubts as early as 2015. According to the IMF, the growth of deposits of more than $1 million had then slowed to 5.8%, compared with an increase of 12-14% in previous years. A few months later, the BDL launched a financial engineering unprece-dented in its scale and cost, to convince banks to repatriate their foreign currencies from abroad, and allow them to offer attractive products to their large customers.

For a new deposit of $20 million or more, some clients were offered 25% immediate compen-sation ("upfront") in Lebanese pounds and an annual interest of 5-6%. The banks were also gen-erously thanked: $5 billion was injected into the sector. These engineerings continued in subse-quent years, and the average return on new deposits reached 17% over 10 years in 2018. To hide the losses, the BDL adopted a new concept, that of "seigniorage on financial stability", which allowed it to record 10 trillion pounds of assets, an amount "determined by the gover-nor," according to the audited balance sheet, leaked for the first time in the press. Salamé justi-fied these practices by citing "the exceptional circumstances that Lebanon has experienced through most of the last 15 years."

But what was his bet? Was it to continue to pay for maturing deposits with new deposits pend-ing gas discoveries or a regional solution that would result in a blank check? Since his prophe-cies didn't fulfill, this money came out as quickly as it came in, along with the interest, while capital fled and much of the dollars left in the system are nothing more than accounting pa-perwork at this point.

Hence the interest in a forensic audit, which would allow, among other things, to identify the people who took advantage of these financial transactions and to recover some of their gains to make up for the losses. But that won't be enough. In order to clean up the financial system and get back on a sound footing, a recapitalization of banks by shareholders and then by large de-positors is considered necessary. The idea is that those who have benefited the most from the generosity of the state and taken risks knowingly, contribute more, and that the weakest are protected. Exactly the opposite of what's happening today.