If more and more voices are calling for a vote as soon as possible, political scientists and protest movements are highlighting the risks of such a scenario. 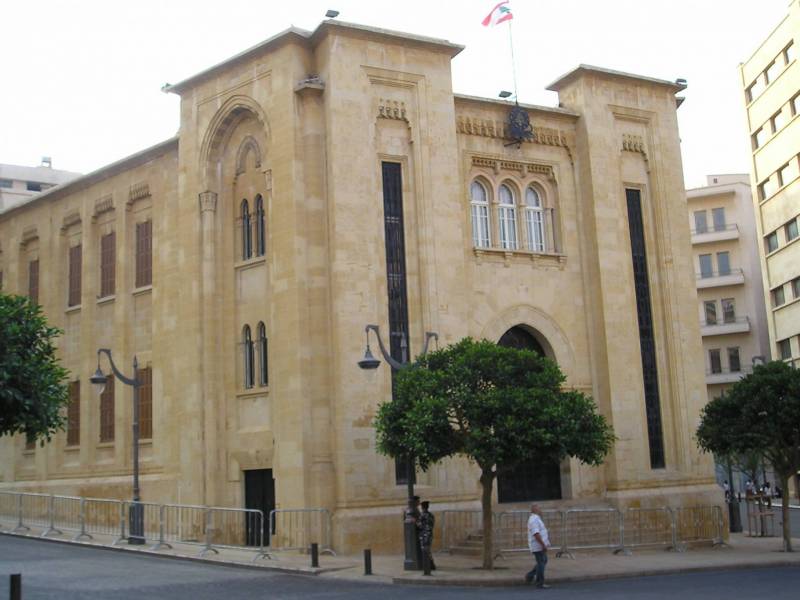 Would early parliamentary elections make it possible to change the situation and finally offer the Lebanese people prospects for exiting the crisis? For political scientists, the answer is clear. "It's a trap," said Karim Bitar, director of the Institute of Political Science at Saint Joseph University (USJ), and Joseph Bahout, who has just taken over as director of the Issam Fares Institute at the American University of Beirut (AUB). "This call made by certain players in the protest movement is likely to backfire on them," the latter warned.

These players include the Kataeb Party, whose three deputies have resigned. They may be joined by other "opposition" parties that are an integral part of the political system, namely the Lebanese Forces (LF) and Walid Jumblatt's Progressive Socialist Party (PSP), in calling for such early parliamentary elections.

"After this catastrophe, we need early elections more than ever," insisted Samy Gemayel, head of the Kataeb Party. "Ideally, the elections should be organized by an independent cabinet on the basis of a new electoral law. But if this is going to lead to endless discussions and the cabinet will take the opportunity to delay the deadline, we're ready to fight the battle on the basis of the current law."

His bet? The desire for change expressed by the Lebanese who have been taking to the streets since October 17, amplified by the indignation over the tragedy that followed the explosion in the Port of Beirut.

This is a daring gamble given the Lebanese reality and the shortcomings of an electoral law "tailor-made for the political class, with a true-false proportionality emptied of its substance by the introduction of the perverse mechanism of preferential voting at the district level, not to mention the lack of controls on electoral spending and unequal access to the media," said Bitar, who is also research director at the Institute of International and Strategic Relations (IRIS) in France. He underlined the weak breakthrough of reformist candidates in the last elections under the banner of Tahalof Watani, of whom only Paula Yacoubian was elected and was among eight lawmakers who resigned after the explosion.

"The traditional parties of the establishment enjoy a captive audience nurtured by the cult of the warlords' personalities. According to a poll conducted before the disaster, 45% of voters said they would vote for the same people as in 2018. Only a quarter of them said they were ready to change," Bitar said. "Today, "dégagisme" (rejection of the political class) may benefit a few parties such as the Kataeb and the LF, and independent figures, who may benefit from the erosion of the Free Patriotic Movement (FPM)'s popularity, but it wouldn't be enough to reverse the balance of power in Parliament," he said.

This analysis is shared by Charbel Nahas, the secretary general of the "Citizens in a State" movement, which failed to impose its candidates in 2018. "We must remember that these elections took place, after being postponed three times, only because the community leaders had found an electoral arrangement that enabled them to guarantee the cabinet formula in advance," said Nahas, who is also a former minister. "Relieved by the political compromise (that brought Michel Aoun as president and Saad Hariri as prime minister) and the prospect of support from CEDRE (Conference for Economic Development through Reforms and with Enterprises), the voters complied with the role assigned to them. The participation rate among residents was 81%, and in strong communities (Sunni, Shiite and Maronite) the percentage of votes that went to candidates endorsed by their leaders; that is, the confessional vote, ranged between 80 and 90%. Today, the elections would legitimize this regime, without allowing a sufficient number of candidates to come to parliament to change the system. In any case, how can one believe that a political class incapable of negotiating with the International Monetary Fund (IMF) will be able to organize elections or agree on an electoral law?" asked Nahas, who called for the establishment of a transitional cabinet with legislative powers.

This call was echoed by the National Bloc party. "Elections cannot be held without independent management, and control and limitation of electoral spending," said it’s secretary general Pierre Issa, noting that a candidate's campaign in Europe costs between 4,000 and 40,000 euros compared to more than a million dollars in Lebanon. Such a cabinet, which would be responsible for "drafting a new electoral law and preparing transparent elections under high international supervision, must have expanded powers to act quickly on priority issues such as justice reform and the economic situation," he added.

At this level, time is not on Lebanon's side. "The country does not have the luxury of holding parliamentary elections," said Sibylle Rizk, Kulluna Irada's director of public policy. "Lebanon is in a state of emergency following a disaster that comes on top of an unprecedented financial and economic crisis. We must act and organize a peaceful transition quickly."

This is also the opinion of Bahout. "The current climate does not lend itself to an electoral debate, which naturally divides Lebanon. What are we going to discuss when the country is in the midst of a crisis and we can't even agree on the amount of losses? The first priority is to have a cabinet that can stop the economic deterioration and negotiate with the IMF to get the country out of the impasse.  It is only after starting this process that we can envisage a national dialogue on an electoral law and the re-founding of the political pact."

The political scientist recalled in this regard that in countries where peaceful political transformations have been observed, such as in Sudan for example, the process began with an interim government and is due to end in two or three years with elections that will legitimize this change.  "We don't put the cart before the horse," he said, recalling "the lamentable precedent of 2005." " We are now paying the price for the elections that were held just after the Syrian withdrawal from Lebanon (that year). At the time, we should have thought about how to govern ourselves and continue the dialogue on Hezbollah's weapons before holding elections," he said. All the more so as we should not hope for regional and international détente "before April or May. Until then, we must prevent the country from falling into violence."

"After the tragedy that Lebanon has just experienced, it is necessary to form a broad opposition coalition, which brings together citizens parties, independent parliamentarians and reformist figures, who would put their differences aside to form a united front," Bitar summed up. "Now is the time for a sacred union."