As part of the fight against money laundering, the law now compels companies to disclose the identity of their beneficial owners and require all persons concerned, including those protected by professional confidentiality, to cooperate with the tax authorities. This concept of beneficial owner was also introduced a few weeks ago in the Commercial Code, but without being defined, which opens the way for multiple interpretations. 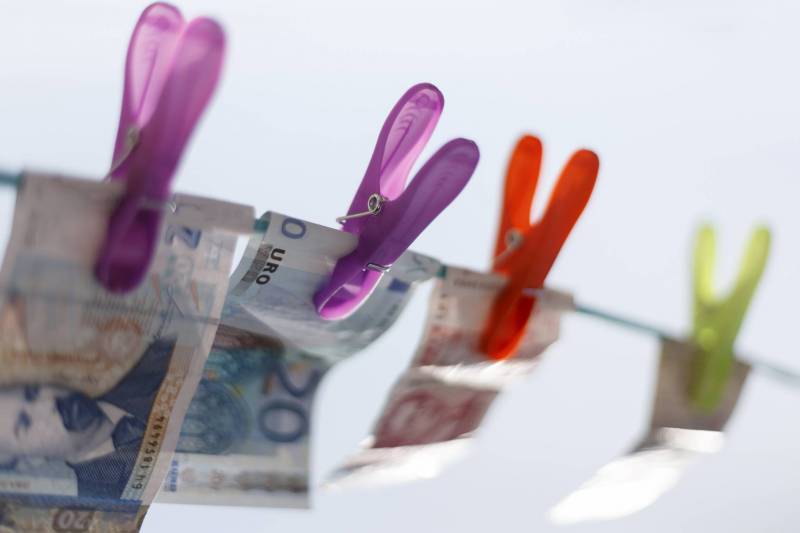 The Petrobras scandal in Brazil, corruption in the International Football Federation (FIFA), Panama Papers ... All these cases have made international headlines in recent years and contributed to making the fight against money laundering, corruption, terrorism financing, fraud, and tax evasion, a global priority. International commitments at the highest levels (G20, Global Forum, FATF, EU with its anti-money laundering directive AMLD, etc.) have been made to increase transparency and limit the use of aliases and shell companies for illegal purposes.

Under pressure from the international community, Lebanon has adopted a series of laws aiming at increasing transparency, including Law 44 on the fight against money laundering and terrorism (2015), law 55 on the exchange of information for tax purposes (2016) and its implementing decree 1022 (2017), Law 60 on tax residence (2016), Law 75 on bearer shares (2016) and Law 74 on the activities of Trustees (2016). With regard to beneficial owners, in 2018, the Parliament amended certain provisions of the law on tax procedures by defining the beneficial owner and introducing sanctions for non-declaration (Law 106). Decision 1472/1 also clarified the definition of the beneficial owner.

The latter is defined as a natural person, residing in Lebanon or abroad, who ultimately holds or controls, whether directly or indirectly, activities undertaken by a natural or a legal person on the Lebanese territory. This definition is in line with the G20 principles and the definition adopted by the intergovernmental organization FATF (Financial Action Task Force).

“Holding control” was later clarified in Decision 1472/1. Hence, the beneficial owner is the natural person who holds directly or indirectly 20% or more of the share capital, or who holds the majority of the voting rights, or who holds the "main" decision-making rights, for example that of the dismissal of directors or supervisory bodies, or any person in a "senior management" position. According to our interpretation,  this position may concern , the executive directors (CEO, CFO, etc.).

By virtue of Law 106, any concerned natural or legal person must provide the tax authorities with information on their beneficial owners within two months of the commencement of activities, otherwise they will be fined an amount ranging between 300,000 to 2,000,000 Lebanese Pounds depending on the form of exercise of the activity. The entity concerned must establish and maintain for at least ten years a special internal register of beneficial owners.

Any change in beneficial ownership must be declared, within the time limit for submitting annual tax returns for legal persons, and within two months of the effective change for natural persons.

Significant penalties may be imposed on any shareholder, partner, owner or professional who refuses to provide beneficial ownership information associated with their participation in the activity, since the law imposes on any person, public administration, public establishment, municipality, trade union, professional order or organization in the private sector to cooperate with the tax administration and to provide the latter with the information which it requires within the framework of its mission, subject to the provisions of banking secrecy. This obligation to cooperate also applies to professionals protected by professional secrecy, such as lawyers or doctors. Law 106 expressly states that: "Professional secrecy cannot be invoked. The professional must therefore cooperate whichever the information required by the tax administration is, and this in violation of the professional’s own legal obligation of confidentiality towards the client or patient.”

Lebanon is thus sacrificing a sacred principle such as professional secrecy for the sake of tax obligation, and giving the tax administration the right to use this confidentiality at its discretion, which may lead to an abuse of such information since the tax administration would be assuming the role of both, judge and plaintiff.

There is no reason for lawyers or doctors not to be subject to tax obligations, however, this should be governed by a specific process - for example, the request for lifting confidentiality should be addressed to their respective professional orders - and limited to particularly serious cases, such as money laundering, fight against terrorism or fraud. This is the case in France, for example, where the declaration of the beneficial owner only applies to lawyers in a particular context, and in cases of suspicion of money laundering or funding terrorism.

Implications at the level of the commercial register

In addition to the tax authorities, since last July, the identity of the beneficial owners of the companies must also be submitted to the commercial register. In the amendments to the Commercial Code introduced by Law 126, there is only one provision that requires disclosure of "the identity of the beneficial owner" among the information and documents to be provided when a Lebanese company is established, without a defining notion of beneficial owner or reference to the definition already existing in the legislation in force. This opens the way to multiple interpretations.

When this law entered into force, and even before this concept was defined or explained, the presidents of the courts of first instance of Beirut and Baabda in charge of the commercial register nevertheless imposed the declaration of the names of the beneficial owners of "any share or stock", regardless of the percentage held or the notion of "control" found in most existing international legislation. If the company fails to comply, it wouldn’t be able to carry out any formal paperwork with the register or receive any documents.

That said, and since the commercial register is a public register, it is accessible to all. The information requested, which goes beyond the commonly accepted definition of beneficial owner, would therefore be within the reach of everyone. This may expose or even endanger the interest of certain international groups or investors who, without being tax evaders or money launderers, may not wish to make confidential information available to the public or face personal risks (blackmail, ransom, kidnapping, slander, etc.).

It is interesting to compare this situation with that in France, which recently introduced the obligation to submit the information to the registry of the Commercial Court (Articles L. 561-46, R. 561-55 et seq. of the Monetary and Financial Code, and R. 123-102 of the Commercial Code). The beneficial ownership information is effectively accessible only to a limited number of persons, including the entity that filed it, the judicial authorities, TRACFIN, the customs administration, persons involved in the fight against money laundering and funding terrorism, the public finance administration and any other person with an interest and authorized by the judge to monitor the register and only in a particular framework.

Yet beyond such shortcomings and aberrations, the new legislation on the beneficial owner is a necessity and is in line with international legislation. In the local context, it could also facilitate the implementation of a general income tax.

With the information gathered on the beneficial owners, the tax administration will have a substantial and detailed database to assess the overall income received by the taxpayer in respect of their movable assets and professional income and to which the information collected by the tax administration from the notaries will also be added, as since the promulgation of the 2019 budget (article 53 of the finance law n ° 144 of 31/07/2019), the notaries are compelled to submit to the Ministry of Finance the sales contracts and the irrevocable powers of attorney concerning property transfer agreements they oversee to enable the tax authorities to act accordingly. In addition, a preliminary and non-definitive copy of the explanatory guidelines and the implementation of the identification of the beneficial owner which was put into circulation without the approval of the hierarchical authorities, has revealed real intentions and inclinations for evaluation and control based on lifestyle, expenditure and the outward signs of wealth, even if the explicit aim of the said measures is to uncover the aliases behind which the beneficial owners are hiding.

All these measures coupled with the implementation of digital and e-government as a first step, then the generalization of the tax identification number (NIF or TIN) and the lifting of bank secrecy as a second step, would allow tax authorities to widen the tax base and implement a general income tax which would replace schedular taxes and would integrate in the same base all income of any kind of natural persons to impose taxes in progressive installments depending on the contributory capacity of each and in a spirit of tax fairness ...that is if the State and the officials in charge also carry out their efforts to implement reforms.