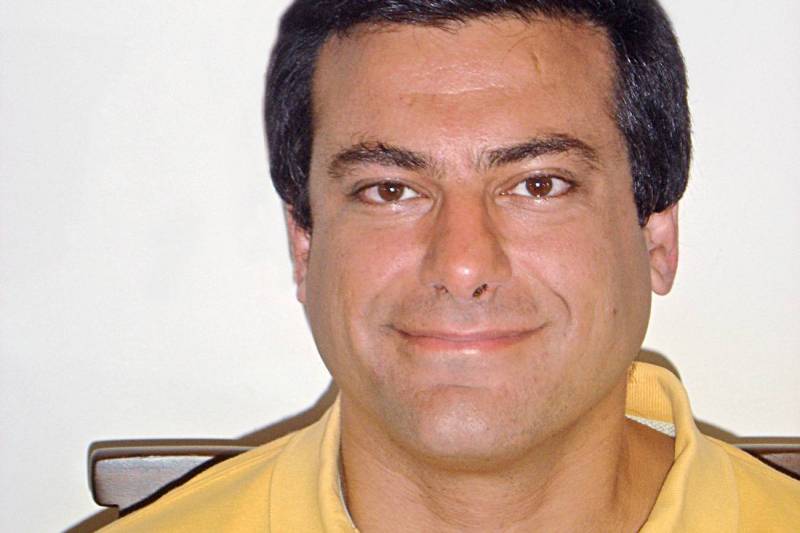 Imagine a $1,000,0000 20-year bond that pays a coupon of 12-month Libor flat and is sold to a bank customer through one of its branches. This is known as a “floating rate note” or “FRN”. Libor is 5% on the date of sale and the purchaser understands that she will receive a coupon of 5% after one year, or approximately $50,000. The papers accompanying the sale also explain that Libor is determined in London daily, and may rise or fall on each annual reset date. The papers make clear that the future coupons the purchaser can expect to receive may be greater or smaller than $50,000.

A few years pass and Libor drops to zero, not too far from where it lies today. The purchaser’s coupon evaporates and the possibility of future zero coupons becomes increasingly probable. The purchaser sues the bank in court and also files a complaint with the market regulator. Most of us would probably laugh at the naiveté of the purchaser: the product description was perfectly accurate, and the risk that Libor might move in an unfavorable direction was clearly disclosed. The product is not particularly complex, and no representation was made by the salesman that some minimum coupon would be earned annually. The courts and the regulator should throw out the purchaser’s complaints in record time.

Turn now to an investment called a “Leveraged Inverse Floater”, whose coupon is 12% minus 4 times Libor. If Libor remains at zero the purchaser walks away triumphantly with a 12% coupon on every coupon payment date. As Libor rises this coupon declines, and at a 3% Libor and above the coupon becomes zero. The purchaser summons her lawyers and sues again, arguing this time that the product was too complex and that she had not really understood the workings of the coupon formula. The underlying papers include a clause clarifying that changes in Libor would bring about a change in the coupon, but no mention of the possibility that this coupon might reach zero if Libor rises sufficiently.

Our sympathies are a little more torn this time: we recognize that the purchaser almost certainly did not fully comprehend the consequences, all while acknowledging that the formula for the coupon it is still within the competence of a reasonably educated individual with a minimum understanding of financial markets. We point out that the pension fund for Orange County, California, an institution we would regard as highly sophisticated, lost over a billion dollars in the early nineties investing in Leveraged Inverse Floaters. If this instrument proved too complex for them, how can its sale to retail customers ever be justified?

This brings us to two recent Lebanese instances in which severe losses have befallen retail investors in consequence of the recent financial calamity.

The first instance involves the so-called “credit-linked deposits”. These involve the placement by the investor of a fixed USD sum for a specified period, usually 2-3 years, during which a coupon would be earned at a 1%-2% premium to the coupon on regular deposits. On the maturity date, however, the bank in its sole discretion may choose either to return the investor’s principal in US dollars, or alternatively to deliver a Lebanese sovereign Eurobond of equal face value. The governing papers described the investments’ risks with near-perfect clarity, pointing out that the market value of this Eurobond may be higher or lower than the amount of the deposit.

The rest, as they say, is history. Lebanese Eurobonds fell meaningfully in price as the country underwent serial downgrades from the credit rating agencies. Then on March 9 the first outright default on a Eurobond became reality, followed by the government’s declaration that it would seek to restructure all of its debt, and prices dropped to around 20. The depositor is certain to receive a Eurobond instead of cash and to swallow a loss of some 80% of his initial investment. The bank, in fairness, is acting entirely within its rights as clearly enunciated in the sales papers. The client took the additional coupon gladly and understood that she may not, at maturity, receive her original cash.

The system worked. Or did it? Assume that Lebanon’s credit rating had not declined at all and that the debt restructuring had remained a figment of our imagination, but that US long-term interest rates had risen by 200 basis points (2%). The 2037 Lebanese Eurobond would have fallen in value by around 19%, not on account of any credit deterioration but only because of the meaningful shift in the US dollar yield curve. The bank would have been acting entirely within its rights if it delivered at maturity this Eurobond instead of the original cash.

Should this scenario have been specifically disclosed at the time of sale? We cannot but wonder if the retail depositor might have contemplated this scenario, and if the salesperson had a sufficient understanding of this risk. On a somewhat technical note, the very broad scope of the bank’s delivery option can be modeled using an option pricing model, and our own calculations suggest that this option was worth, at inception, closer to 4%-6% annually, rather than the 1%-2% that was actually embedded in the coupon.

Stated differently, if regular deposits were paying a 5% coupon at the time, CLDs should have paid 9%-11% instead of the 6.5% that was often seen. But no law exists, to our knowledge, that requires the seller of a structured product to offer anything close to fair value on a proposed investment. The bank appears, once again, to have acted entirely within its rights, and the depositor must lick her wounds and move on.

We address finally the preferred shares issued by numerous banks in recent years. To comply with Basel regulations and their equivalent local rules, these instruments may count towards a bank’s capital provided, among other requirements, (i) that they have a perpetual maturity and (ii) that they give the issuer the unilateral right to suspend dividends at any time, for any reason. Often these are callable after 3 or 5 years, which means that the issuer may, in its absolute discretion, decide to prepay the principal and retire the shares on those dates. Note very carefully that only the issuer has this option: the investor may not demand repayment on those dates.

The language in the contract, once again, is crystal clear, although it is part of a 200-page document written in dense legalese. We assume that very few buyers read the document and even fewer of them understood it. In some cases, we are told, the seller represented orally to the buyer that the shares would most likely be redeemed at the first prepayment date, but again this is very difficult to prove.

The crisis arrives and banks are eager to hoard liquidity. Dividends on the shares are suspended and none of the instruments are repaid on their third or fifth anniversary.The buyer is left holding a perpetual zero coupon bond, whose price on the secondary market is a small fraction of its face value. Should the sale of structured products, howsoever defined, be subject to minimum standards of disclosure and client screening? Are some instruments simply too complex or too risky to be offered to the retail Lebanese customer? What have other institutions and jurisdictions done to address this dilemma?

There are as many answers as there are institutions and jurisdictions. Perhaps the most common has been the adoption of a Suitability and Appropriateness Policy that requires selling institutions to segregate their customers by level of sophistication, and also to segregate their products by level of complexity. Complex products are then restricted to sophisticated customers only, while for low-sophistication retail customers only the simplest instruments are deemed appropriate.

The extraordinary subjectivity of the above terms will be apparent: the CLD described above cannot truly be described as complex, even if we assume that few buyers fully digested the meaning of the clause that permits the bank to deliver a devalued Eurobond at maturity instead of cash. The same arguably holds for the Leveraged Inverse Floater: its coupon formula is certainly more complex than that of a regular FRN, but still requires only a junior school level of mathematical understanding for its elucidation.

Might greater disclosure not offer a superior solution? Under our proposal, each sale of an investment security would be accompanied by a one-pager, written in plain English, alerting the investor to some of the adverse consequences that might befall her. In the case of the CLD for example, this one-pager would read approximately as follows:

1. You should be aware that if Lebanon is downgraded one or more times prior to maturity, we have the right to redeem your investment by delivering a Eurobond that will be trading meaningfully below par.

2. You should be aware that if Lebanon defaults on its debt or announces an intention to reschedule, we have the right to redeem your investment by delivering a Eurobond that will be trading far below par. In some other cases in which a sovereign has defaulted on its external debt, its securities have traded at 15%-25% of par.

3. You should be aware that even in the absence of any credit deterioration on the part of the Lebanese sovereign, a large increase in USD interest rates would reduce the price of some long-term Lebanese Eurobonds by up to 15%-20%, enabling us to redeem your investment by delivering similar Eurobonds instead of cash.

Is it perfect? Far from it. It avoids the need for extremely subjective judgments regarding product complexity and customer sophistication, and it forces the issuer to think hard about different scenarios in which the customer might incur material losses.

Most importantly, it shifts onto the banks the responsibility to address each separate risk scenario in the one-pager, the omission of any one of these exposing the bank to liability if it materializes and gives rise to an injured customer. All the customer must do is point to the omission of the scenario that has caused it financial damage to be entitled to restitution. Something approaching reasonable justice would be achieved.

“Sunlight,” Justice Louis Brandeis famously wrote, “is said to be the best of disinfectants.” Although spoken in a different context, these magnificent words by one of the greatest judges in US history have direct relevance here.

We do not wish to propose that all structured products – even if we could objectively define this term – should be banned altogether from the Lebanese marketplace. Nor do we want to follow other jurisdictions in the subjective segregation game that is predicated on the separation of simple products from complex ones and the separation of sophisticated customers from unsophisticated ones.

We opt for the sunlight of careful risk disclosure: anything can be sold to anybody – except, perhaps, for customers whose bank balance lies below a designated threshold – provided a one-pager written in plain English addresses each principal scenario that might arise. It is not perfect but it brings us closer to fairness and justice.

*Oussama A. Nasr has worked as a lawyer, banker and financial consultant in New York City and Beirut. He worked at the law firm of Shearman & Sterling in NYC and at Citigroup, before establishing the consultancy DNA Training & Consulting 20 years ago. He holds BA and MA degrees from Cambridge University in Mathematics and Philosophy and a Juris Doctor degree from Cornell Law School.