Riad Saadé, the head of the Centre de Recherche et d’Etudes Agricoles Libanais alerts the public to the risks of food shortages this year and, especially, next year. If nothing is done, he warns, the country may experience situations of famine, which will not be solved by initiatives to encourage Lebanese return to farming or resort to gardening. 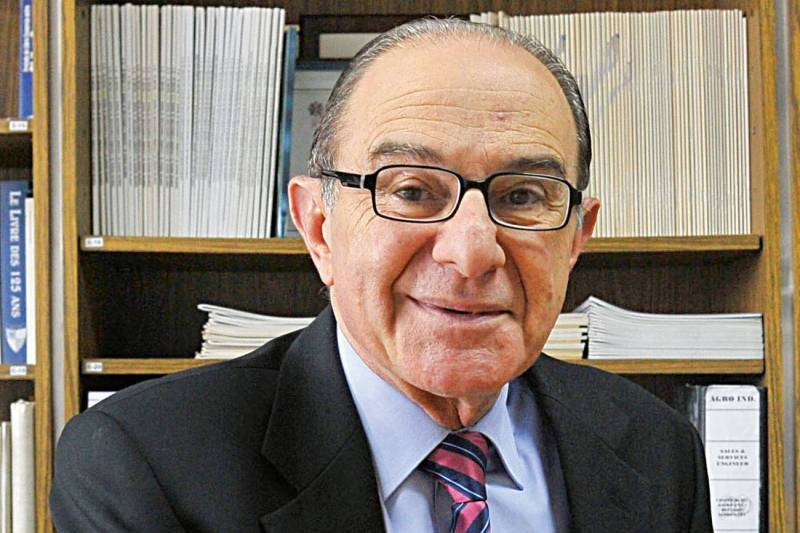 "Yet, it doesn't seem that the state has taken account of their distress", explained Riad Saadé

In an op-ed in The Washington Post published in May, the prime minister warned the world about the risk of famine in Lebanon, saying that we may have serious shortages in agricultural products. What do you think?

This year, agricultural production is expected to decline sharply. Planted areas have been reduced due to lack of credit availability to finance the purchase of seeds, fertilizers and pesticides. Added to this is a decline in yields and quality, linked to the use of lower-quality inputs, with farmers cutting back on their costs.

For 2020, CREAL teams estimate that the decline in the value of agricultural production will be around 40% compared to 2019. Agriculture's share in the gross domestic product (GDP) is not to exceed $1.2 billion in 2020.

For example, the income generated by what we call “staple crops;" that is, cereals, potatoes, onions... won't exceed $58 million compared to $181 million in 2018. This situation will inevitably create shortages in the supply chain, while the food trade balance - which concerns agricultural products after their industrial transformation - is already in deficit by almost 80% in normal times. However, I don't think there won't be a shortage of agricultural products in 2020. If so, it should be compensated by Syrian production.

That's a big question! Again, it's impossible to give a convincing answer due to the lack of reliable and comprehensive statistics available. What I can say, based on CREAL's field surveys, is that at the production level, farmers will still plant less in 2021. And this will be for good reasons: very limited financial resources, lack of inputs and, finally, the eternal absence of state support. The shortage of agricultural products is therefore likely to be really significant this time. A deterioration of the situation in Syria would be a disaster scenario for us.

What do you mean by that?

On the economic front, Lebanon and Syria have a "symbiotic relationship." Syria has always sold part of its agricultural production to Lebanon. Even in the harshest days of the war, producers continued to send their agricultural surpluses to Lebanon, if only to gain access to foreign currencies. Just a few months ago, I would have felt that there was no reason to be overly worried: Syria would probably provide for the expected shortage in Lebanon in 2021. But today, our neighbor's economy is in such a state that doubt is allowed. This will be especially true if the Lebanese authorities put an end to the smuggling of subsidized fuel, hence, depriving Syrian farmers of the fuel needed to run their irrigation pumps and equipment. This would jeopardize the little that remains of Syrian agriculture. Does this mean that they'll no longer be able to supply the Lebanese markets? This is an assumption that needs to be considered very seriously when it comes to food security.

In Europe, the Covid-19 crisis has led some to question their consumption habits: eating less, healthier, more locally. Would such a trend be possible in Lebanon?

The data are different in Lebanon where the economic crisis is impoverishing a large part of the population. We're talking about more than 50% of the Lebanese population who may fall below the poverty line with the crisis; some even mentioning the figure of 75%... In the best case scenario, that is, for the middle class or the well-off, what will happen is a forced return to a frugal diet, close to that of our ancestors. Going back to the old Mediterranean diet, in which meat was almost non-existent and where cereals and legumes were preferred, isn't a bad thing, in my opinion. This may improve the health and, who knows, the life expectancy of the Lebanese.

But if frugality is a chosen mode, hunger is always a suffered one. However, the Lebanese can no longer afford to buy food given the rampant inflation, the depreciation of the national currency and unemployment. Yet, it doesn't seem that the state has taken account of their distress: it still leaves the treatment of this serious social situation to political parties or charitable organizations.

To prevent hunger from taking hold, initiatives are flourishing, aiming to encourage the Lebanese return to gardening and farming in the hope of providing them with a means of self-sufficiency. What do you think?

Any initiative, which helps to connect people with nature, is interesting. But that's certainly not what's going to solve our food security problem! In fact, most of these initiatives won't change the problem, for which the state is responsible and is the only party that can - and must - respond to it. To believe that it may be otherwise is to ignore the very nature of agricultural work, which is extremely sophisticated, ungrateful and hard. To think that city dwellers will succeed in growing cucumbers because they have been given seedlings and some training is funny. The few people who would succeed in growing their own produce would resort to Syrian caretakers, who still often have agricultural skills.

In the villages, on the other hand, these initiatives may ensure self-consumption, but without necessarily leading to self-sufficiency. Amal and Hezbollah started programs to this effect several months ago in the regions they dominate; the Maronite Church has just gotten started in northern Lebanon and Keserwan... But, again, let's not kid ourselves: what we plant are tomatoes, potatoes, greens, zucchinis... this represents 10-15% of our food needs. The essentials are still missing: cereals, legumes, meat.

With the crisis, more and more Lebanese are returning to their villages. Do you think that Lebanon can rely on this exodus movement to imagine another rural world?

According to UN projections, two-thirds of humankind will live in cities by 2050.This way of life, imposed by the liberal economic system, has been seriously challenged by the health crisis. Almost everywhere in the world, people have been wondering about the "metropolitan mirage" that has been presenting economic growth, or even the happiness of individuals, as only possible in cities. As a result of the pandemic, more and more of us are questioning this vision. In Lebanon, where urban areas have been favored and agriculture marginalized, is such a development possible? For me, it is, in any case, infinitely desirable in order to restore the country 's social balance hard hit by war and, above all, by 30 years of "reconstruction," which have in fact destroyed the social fabric of our society. But we still need to define this "rural world." Alongside the agricultural activity necessary for the country's food security, one may thus consider developing ecotourism, agri-food industries, light non-polluting industries and even companies that computerization can free them from the imperative of being present in the city. In this respect, the current crisis invites us to revise the 2010 Lebanese land use plan, which omitted the rural dimension. An optimal and balanced use of the country's resources would enable the development of a countryside with the necessary infrastructure to live and work there. In these circumstances, and while we face an unprecedented crisis, the return to the land may perhaps be more than just a lifeline for the Lebanese.