At the current pace, Lebanon’s FX reserves will be completely exhausted in less than a year, warns Goldman Sachs Bank, evoking a continuation of capital flight. The implementation of formal capital controls, which despite pressures has so far encountered political blockages, is a real emergency for the future cabinet. 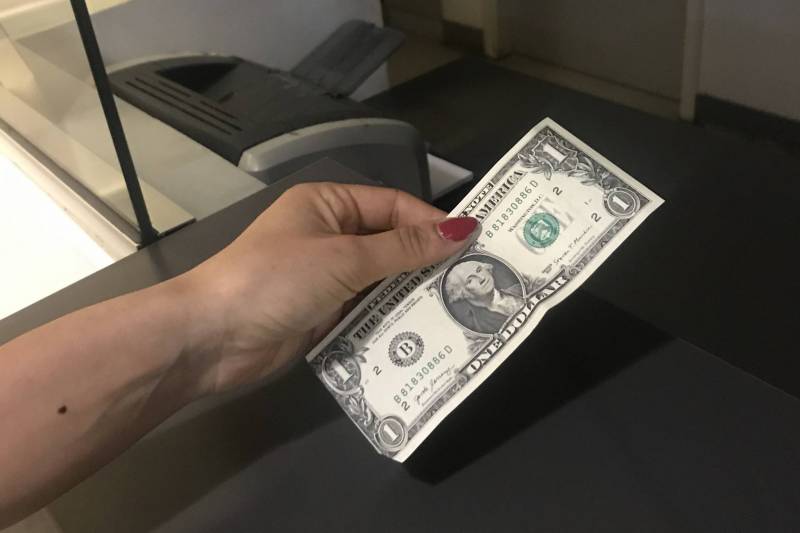 The Banque du Liban (BDL)'s foreign currency reserves are falling faster than expected, Gold-man Sachs Bank warned in a report published on September 16. Last December, the US bank predicted a monthly decline in the order of $400 million, expecting the current account deficit to decline to $8 billion this year with stable remittances from the diaspora.

While the decline in the current account deficit has indeed materialized, with a contraction of more than $5.5 billion over one year to about $7 billion in August, the forecast for foreign ex-change reserves turned out to be overly optimistic. Since the beginning of the year, reserves have been declining at a rate of about $1 billion per month, accelerating to $2 billion in the last two months, Goldman Sachs noted, pointing out that at this rate the reserves would be completely depleted within 12 months. The consequences would then be dramatic, depreciation of the currency, inflation, destruction of purchasing power and shortage of certain basic products, with all that this implies in terms of social and political stability.

Goldman Sachs explained the situation by three factors: a sharper than expected decline in remittances; the growth in the FX black market, fueled by the existence of multiple exchange rates; and, finally, capital outflows, which in the absence of formal have been greater than initially anticipated. In the absence of accurate data, the bank highlights the large discrepancy between the drop in deposits between May and July ($5 billion) and private domestic spending estimated at around $3.5 billion, suggesting that these amounts were offshored by Lebanese residents, despite the restrictions imposed by the banks on most of their customers.

This would not be surprising. Alain Bifani, who in June resigned his post as director general of the finance ministry, already sounded the alarm in July by stating that more than $5.5 billion had left Lebanon since October 17. "Capital control should have been formalized a long time ago," said tax lawyer Karim Daher. "This is a basic measure in the management of any liquidity crisis, which makes it possible to avoid the phenomenon of 'bank run;' that is, the simultaneous and massive withdrawal of a large number of deposits, that no bank can manage," he added.

In fact, informal capital controls have been in place since last August, based on a decision taken on November 17, 2019 by the Association of Banks on Lebanon (ABL), although it has no coercive powers in the matter. After two weeks of closure, the banks had announced that transfers abroad would be limited to "urgent personal expenses," defined on a case-by-case basis.

But the absence of a law has left bankers with a wide margin of maneuver. "The legal void has favored arbitrariness and exacerbated the inequalities among depositors," said Sibylle Rizk, director of public policy for the NGO Kulluna Irada. This capital out-flows has increased losses in the financial system, which the majority of Lebanese will now have to bear.

From a legal point of view, banks also need to be protected. "Lebanon has a free economic system that guarantees private property (Article 15 of the Constitution) and free trade, which includes, among other things, the right to withdraw capital and transfer it abroad without constraints," Daher said. "Only a law can protect banks from future lawsuits." Complaints are already multiplying internationally. "If the plaintiffs are successful, the banks risk bankruptcy," said Nasri Diab, a lawyer and law school professor.

A capital control law is also "one of the priority measures in the reform agenda demanded by the International Monetary Fund (IMF) and the international community," a Western diplomat said.

Despite these pressures, the cabinet of Hassan Diab failed to even finalize a bill. "For obvious reasons of collusion between political actors and the banking sector, arbitrariness has largely benefited the political class, which has an interest in maintaining the status quo to keep its pri-vilege to the detriment of the majority," Rizk said.

The last draft, which outgoing Finance Minister Ghazi Wazni finally withdrew under pressure from the speaker of parliament, Nabih Berri, was also widely criticized: "Establishing capital controls responds to two essential missions: allocating importations according to their importance, and to regulate the movement of capital on an equitable basis, according to the country's remaining foreign currency," Rizk said.

These were objectives that the text was far from achieving, for example by not proposing a hierarchy with regard to imports: "The text gave the same importance to pasta as the iPhone or camembert; luxury cars were put on the same level as school books," an economist said. "a classification of imported goods and services have been established in order to organize the allocation of foreign currency to priority needs; a responsibility that that falls on the state and which until now has been abandoned to the BDL through subsidies," Rizk said.

The text also set a ceiling on annual transfers of $50,000 without explaining why. "This figure by the very admission of the drafters was determined on arbitrary bases. The law should set up a general framework which gives flexibility and leaves a greater margin of maneuvre to the cabinet. The modalities such as ceiling should be decided through implementing decrees, that are easily amendable in the council of ministers", a jurist said. These modalities must be "based on clear statistical analyses to avoid giving in to pressure groups that are more powerful than others," Rizk added.

In the roadmap that French President Emmanuel Macron presented to the Lebanese political class at the beginning of September, the legalization of capital control is part of the measures expected by the future cabinet. "It is a top priority," said a Western diplomat, speaking on condition of anonymity. Amendments to the original text would be necessary in view of the economic collapse. "The ceiling of $50,000 is unthinkable today," a Lebanese official said. "It is necessary to completely revise the text," he added, pointing out that for the moment, despite the urgency, the subject has been put on the back burner.

"In a normal country, a capital control law is three days of work," the foreign diplomat said. But Lebanon is not a normal country. "Before taking decisions on the allocation of the remaining reserves in the country, it is already necessary to know how much is left, but the BDL and the cabinet have not even been able to agree on the losses so far," Rizk said.