After having made lifelong contributions, employees are helplessly watching the value of their pensions collapse. Some approaches are being considered, but economists warn against half-measures. 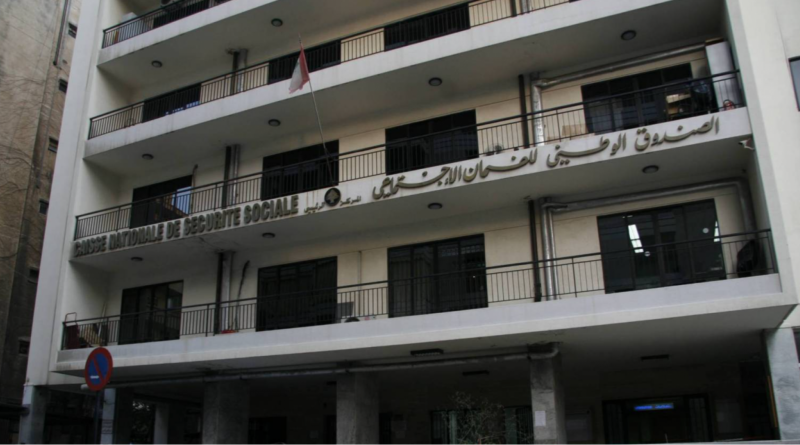 Working all one's life and retiring with next to nothing is the sad fate of the Lebanese leaving the workforce today. In the absence of unemployment benefits and a real pension plan for most private sector employees, end-of-service benefits were the last safety net. But these benefits, denominated in Lebanese pounds, have lost almost 80% of their value against the dollar, at a time when prices and unemployment are soaring, leaving many employees on the sidelines. Since the beginning of the year, nearly 13,630 of them have cashed their benefits from the National Social Security Fund (NSSF), for a total amount of LL437 billion at the end of July, and 6,000 withdrawal applications are still pending.
Faced by the magnitude of the tragedy and the government's inaction, the NSSF turned to the Central Bank (BDL), asking in a letter sent at the end of August to "take the necessary measures to preserve, as much as possible, the purchasing power of end-of-service benefits and maintain social stability in the country." The fund did not propose a specific mechanism. "We’ll let the BDL determine the best way to do this, depending on studies and the impact this approach may have," said NSSF’s Director General Mohammad Karaki.

"The Central Bank's feedback is so far positive," he added, indicating that the scheme may be inspired by BDL Circular 148, which allows depositors with less than LL5 million in their account to convert them into dollars at the rate of 1,507.5 Lebanese pounds per dollar, and then withdraw them, in pounds, at the rate of 3,900 Lebanese pounds per dollar. If this mechanism were adopted, the amount of end-of-service benefits would then be multiplied by 2.6, at no cost to the NSSF. "We would pay the amount we would normally have to reimburse and the BDL would make up the difference," explained the director general. He would like the measure to be retroactive to include all those who have withdrawn their benefits since the beginning of the year. "However, the few people who have already converted their benefits to dollars at the official rate, in exchange for agreeing to freeze the money for a certain period of time, should be excluded."

But economists doubt the relevance of such a measure, which, if applied to LL437 billion withdrawn over the last seven months, would result in an injection of more than LL694 billion on the market, not counting the 6,000 pending files and all those who would be encouraged to withdraw their funds to take advantage of the mechanism.

"This creation of money will doubly affect inflation," said economist Kamal Hamdan. "On the one hand, prices will increase. On the other hand, if people rush to convert their benefits into dollars, the pound will collapse further." And, "this is probably what a large number of them will do to protect themselves against an even greater depreciation," said the former labor minister and secretary general of the "Citizens in a State" movement, Charbel Nahas. "It is a short-term initiative that will have little real benefit to the employees registered with the NSSF, but the negative impact would be felt by the public at large. We have to stop these short-term tinkering measures."

In July 2019, Camille Abousleiman, then labor minister (the supervisory authority of the NSSF), nevertheless tried to anticipate. "Protecting NSSF funds, which benefit 1.6 million individuals, was one of our priorities," he said.

First, the NSSF, whose assets are fully invested in Lebanon, was encouraged to convert part of its deposits into dollars. "We now have $400 million in the banks, which represents a little less than 5% of the 12 trillion Lebanese pounds (at a rate of 1,507.5 Lebanese pounds to the dollar) in assets that we hold and we continue to work with the banks to increase this share," Karaki said.

The labor ministry then requested assistance from the World Bank. "We asked them to cover us against the risk of depreciation of the Lebanese pound, but the organization preferred to do so against inflation. It also suited us, since the two variables are closely linked," Abousleiman said.

Negotiations between the two parties continued until November 2019, when the minister, who had already resigned, asked the organization to accelerate the implementation of such a mechanism, even partially. "The agreement does not necessarily have to cover all the funds (...). Obviously, the more comprehensive the coverage, the more benefits would accrue," a letter by the ministry to the World Bank stated.

But the discussions stopped there and nothing has been done since. "We no longer have a request from the labor ministry," said Haneen Sayed, the World Bank's social protection specialist for the Middle East and North Africa (MENA) region. Moreover, with the deterioration of the situation, "what was valid before is probably no longer valid today," she added.

"It is a crime that we have come to this situation. The NSSF, like other social welfare institutions, has a responsibility that it has failed to meet. What we need is no longer half-measures with limited and segmented scope, but a change of model," Nahas said, pleading for a formal pension plan for the entire population.