The central bank's accounting and forensic audits have just started. The BDL will probably have to recognize the colossal financial losses disguized by irregular accounting practices for years, with the blessing of the government. But with the same political class in power, the Lebanese will have to lower their expectations. 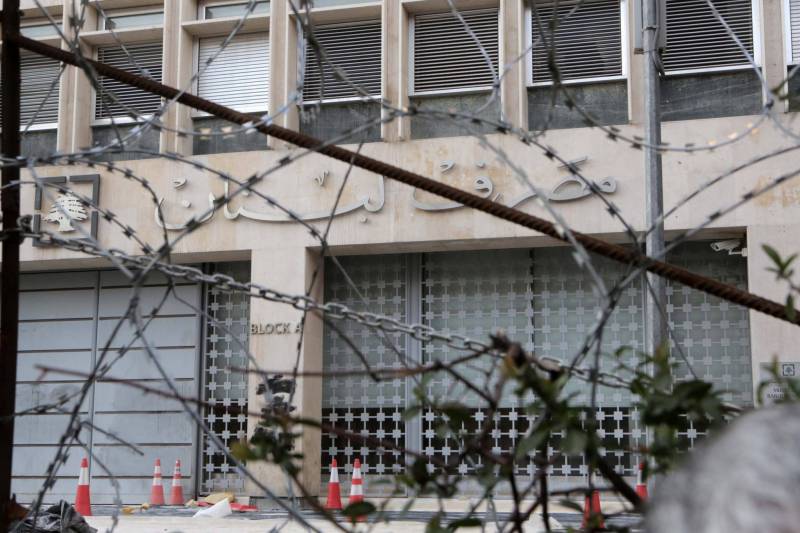 For years, the finance ministry has turned a blind eye to the BDL's improper accounting practices. Marwan Assaf

This article was originally published in French and translated into English

"No one will put money back (into the financial system) as long as those who led to this rotten system are there and as long as the system is held by the same people and governed by the same rules." The diagnosis made by Emmanuel Macron on September 27 contrasts with the denial of the Lebanese political and financial officials. Instead of hoping for a miracle, the French president clearly stressed that the only way to recreate "a system based on confidence" was to implement fundamental reforms, starting with the audit of the Banque du Liban (BDL).

The stakes are high, given the lack of confidence, and not only vis-à-vis foreign countries. The government itself, at least in its "technocratic" version, does not trust the central bank. "You cannot imagine how hard it was for us to get figures from the BDL," recalled a source who worked on the rescue plan developed last spring with the Lazard firm. "When the government took the decision to default on the external debt at the beginning of March, it relied on the data published on the BDL website, which already warned of the seriousness of the situation. The economic team had not yet received the BDL audited statements of the years 2015, 2016 and 2017, and those of 2018 were not even finalized," the source added.

In any case, the BDL's accounts, which are audited annually by the local offices of Deloitte and Ernst & Young, do not provide a clear idea of the central bank's financial situation. Since 2013 at least, these accounts have been accompanied by a "qualified opinion" : "This is unheard of for a central bank," an international auditor said on condition of anonymity after having looked at the 2018 report, "the accounts should never have been signed off because of the number of qualifications".

The first of these qualifications is the impossibility for the auditors to conduct an in-person inventory of the BDL gold’s reserves for « security reasons ». In practice, this means that no independent party can certify that the BDL actually holds the equivalent of $18 billion worth of gold. "I have never seen that before. One can wonder why the BDL does not want to open its coffers to the auditors," said the source.

In addition, despite a long delay in the audit’s release – over one and a half year – the auditors state that they have not been able to confirm all deposit balances from public institutions and banks.

Finally, the most important qualification is the BDL's use of accounting and financial reporting framework that do not fall in line with the International Financial Reporting Standards (IFSR) in the auditors' own opinion. The firms, however, clear themselves by claiming to have relied on the accounting framework adopted by "the BDL's Central Council". The Central Council – composed of the governor, the four vice governors and the directors general of the ministry of Finance and the ministry of Economy and Trade, and whose decisions are taken by majority vote – has authorized the BDL to implement its own accounting standards.  Legally, the central bank relies on the opinion of its legal department issued in 2002. Already at the time, the central bank was wondering what to do with the losses incurring from the restructuring of the public debt decided in the Paris 2 Conference. Since the BDL had exchanged part of its portfolio of Treasury Bills for Eurobonds (with lower interest rates), the BDL governor "orally" asked its legal director if it was possible for the losses not to be reflected in the bank's capital. The latter admitted that the recognition of these losses would compromize the objectives of the operation, which is, to reduce the public debt, because the state should in theory recapitalize any central bank’s losses. It also stated that the BDL as a public entity is not subject to commercial accounting rules, that its mission is to preserve monetary and financial stability, and that it can therefore adopt accounting practices to this end "without, however, undermining the principle of transparency and veracity of accounts." Legally, "nothing prevents the BDL from entering losses incurred on capital in a special account that would be covered by future revenues," reads the document obtained by Le Commerce du Levant. These revenues are what is known as seigniorage; that is, the income generated by a central bank through the issuance of money or banking intermediation operations.

Central banks can sometimes hide one-time losses through seigniorage, although in a 2005 working paper, the International Monetary Fund (IMF) warned that “losses need to be recognized promptly so that appropriate financial buffers can be established. Ignoring such losses in the hope that they may be reversed is not good practice“.

However, the BDL has used and abused this technique to obscure losses accumulated over the years, which have accelerated from 2016 onwards. When capital inflows began to dry up, the central bank carried out very costly operations to the benefit of the banks in order to attract dollar deposits. The losses in its balance sheet then skyrocketed, quadrupling in less than two years, without it being able to think of a realistic way to offset them, especially since these losses were in foreign currency.

To keep up appearances, the governor created a new concept in 2018 : "seigniorage on financial stability," whose values is determined by the governor "as deemed appropriate by him". In facts, in 2018, the governor decided that he could generate more than $6 billion in the future... without knowing how.

"A central bank can count on seigniorage income representing a few percent of the gross domestic product (GDP), but in the case of the BDL, we are talking about accumulated losses that exceed the size of the GDP, and in a foreign currency, whereas seigniorage is the printing of local currency. The central bank should have posted losses over the years as a reduction in its capital in line with best practices. Transparency is essential for a central bank: the credibility and independence of the institution is at stake," financial expert Mike Azar said.

Despite the scale of the phenomenon in 2017 and 2018, the BDL auditors found nothing to complain about. But "the accounts are simply false; they record on the assets side an immeasurable amount that the central bank will not be able to recover," the aforementioned auditor said. A situation which logically results from the structural deficit in foreign currency of the Lebanese model: "The imbalance of the flows was such that bankruptcy was assured, the various financial engineering allowed the magic to work a little more, at a very high cost to the economy, but the result was inevitable." Can the auditors be accused of connivance with their client? "It is always a risk when you use a local auditor," he said.

In order to have an accurate assessment of the losses accumulated over the years, outgoing Prime Minister Hassan Diab's economic team, joined by the IMF, called for a new accounting audit. Two international companies were chosen: the US consulting firm Oliver Wyman, to define a new accounting framework in accordance with the IFSR, and the Dutch branch of KPMG to audit the accounts according to these new standards. "In order to be able to negotiate with the IMF, it is essential to have an accurate estimate of losses, which might turn out to be greater than expected," the financial source said.

Finally, to find out exactly where the losses come from and who benefited from them, the government also required a forensic audit. After considerable prevarication, and after the firm Kroll, "the best in forensic auditing," according to an expert, was dismissed under the pretext of dealing with Israel, the choice fell on the firm Alvarez & Marsal, which does not have this specialization.

In principle, these three audits should make it possible to finally have a clear idea of the BDL's financial situation and to understand why and how the depositors' dollars went up in smoke. However, these three companies will work under the ministry of finance, who has turned a blind eye to accounting practices for years.

Indeed, while BDL is an independent institution, the Code of Money and Credit provides for very clear institutional mechanisms of supervision through the government's delegate. The delegate does not have the right to intervene in the BDL decisions but has the task of supervising the accounts of the central bank (Article 42). In order to do so, it has access to all its books of accounts and documents (Article 44). The delegate must also be informed of the decisions of the central council within two days; if the delegate finds the decisions contrary to the law, it can demand their suspension and may bring the matter to the attention of the finance minister (Article 43). This position is being held on an acting basis by an official at ministry of finance. "Why didn't anyone say anything? Where are the reports of the government delegate on this subject?" asked a financial source.

It seems clear that while Riad Salameh alone decided on the financial engineering in 2016, the central council allowed him to cover accrued losses, while the government turned a deaf ear. It was with a common concern: "To buy time," while waiting for a miracle that never happened. It is the same people, today, who will lead the three audits whose contracts were signed by outgoing Finance Minister Ghazi Wazni, after the resignation of the cabinet. "The scope of the contract is broad and dynamic, and the results of the audit will depend on the goodwill and technical oversight of the Ministry of Finance" Azar said. However, in addition to the maintenance of the banking secrecy law, with which the auditors will inevitably come up against, the composition of the supervisory committee, which is responsible for ensuring the conformity of the work carried out, does not place the audit under the best prospects. According to several sources, the three personalities chosen by the finance minister to form this committee have clear political affiliations. "The committee members do not have the proper expertise in audits, central bank accounting, or forensic investigations and are politicized people. This calls into question the credibility of the forensic work. the audits should be suspended until an independent committee is appointed" Azar said.

According to another source, close to the Ministry of Finance the signal is clear: "the main concern of the political class is to ensure that the results of the audit will not penalize them." Under these conditions, confidence will be difficult to restore.