Unlike the Arab Free Trade Agreement, which has boosted Lebanese exports, the trade deal with the European Union signed in 2006 has had a negative impact on Lebanon, according to a report published by the consultancy firm McKinsey. Frédéric Farah, a researcher at the PHARE research unit of University Paris 1 Panthéon-Sorbonne, agrees. 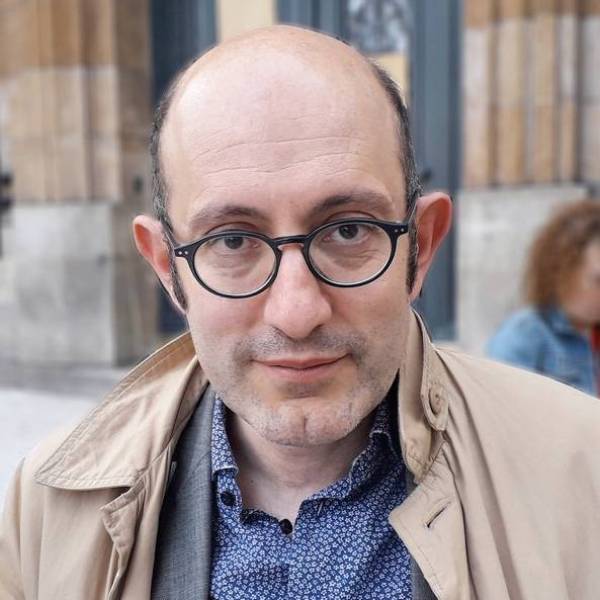 What are the exact implications of the free trade agreement between Lebanon and the European Union?

This agreement should be seen in the context of a 40-years history, beginning with the first cooperation agreement signed between Lebanon and the European Economic Community.

Today, the European Union is Lebanon's leading trade partner and accounts for about one-third of the country’s total trade activity. Since 2006, relations between Lebanon and the European Union have been governed by the Association Agreement, which has progressively liberalized the trade in goods, and set up a free trade area. Lebanese industrial products and most agricultural products enjoy free access to the European market, in theory at least, and vice versa.

As the European Commission’s website lays it out, this agreement should also strengthen "Lebanon's position in its negotiations to join the World Trade Organization (WTO), a goal strongly supported by the EU". But these negotiations have not been successful so far.

What have been the consequences of the gradual establishment of a free trade zone between Lebanon and the EU countries?

The agreement resulted in the elimination of tariffs and other taxes between 2008 and 2015. But very quickly, a trade imbalance emerged, disadvantaging Lebanon. In 2015, the small country’s trade deficit increased by 133% to € 7.2 billion and has continued to increase further thereafter. According to the International Monetary Fund (IMF), Lebanon's current account balance is expected to run a $15 billion deficit in 2019.

By signing this agreement, Lebanon has exposed its economic fabric and job market to an unprecedented competitive shock. For such a country with modest specializations compared to an economic behemoth like the EU, considered the world's largest trading power, the trade equation is severely unbalanced. With a ballooning balance of payments deficit, Lebanon's external debt has increased significantly. Indeed, to benefit from free trade, a number of conditions have to be met and the state must play a key role to subsidize or develop comparative advantages in order to withstand competition.

To what extent has the suspension of customs duties and other taxes benefited European importers?

For Europeans, especially the European industrial sectors, Lebanon is part of their additional market share. European exports have increased by more than 20%, while Lebanon has agreed to lower its protections on the agricultural sector, which was formerly protected by higher tariffs.

What were some of the difficulties faced by Lebanese exporters, particularly with regard to compliance with standards?

Lebanese exporters faced major difficulties, since the standards regulations are not the same . As the WTO frequently points out, standards are also an instrument of protectionism, as they effectively protect a market.

For Lebanese exporters, compliance with European standards is an additional cost they have to bear, hence the private sector should have received assistance to enable it to meet the challenges of [exporting to] Europe.

Lebanon has introduced a new temporary tax (until 2022) of 2% on imports and increased tariffs on some 20 products. What are the motivations behind these measures?

There are many motives, such as attempting to stem the deterioration of the balance of payments, rein in growing external debt, which is already at an alarming level, protect certain sectors and boost state tax revenues.

Are these measures sufficient to correct the balance of payments?

No, these are only transitional measures, but they are necessary. To correct the trade balance, bigger measures are needed, such as rethinking Lebanon's specializations and building up its competitive sectors. The state must play the role of strategist or guide, but in order to do so it must have the necessary resources, which it does not have. Initially, 35% of the revenue from the new tax was meant to support the industrial sector, but the idea was abandoned along the way.

Regarding international trade, is this form of protectionism legal?

Yes, it can be legal as long as it is transitory. The General Agreement on Tariffs and Trade (GATT) and the WTO allow this type of measure. Association, or free trade, agreements also allow for derogation when the balance of payments situation deteriorates steadily for several months.

Should Lebanon fear a deterioration of its relations with the EU given that it promised to allocate $ 3.3 billion in loans for Lebanon and $ 769 million in grants as part of CEDRE?

Lebanon may be tempted to soften its position to avoid a conflict with donor countries. Meanwhile, these countries do not have any interest in destabilizing Lebanon as long as it hosts over 1.5 million Syrian refugees, even if they won’t necessarily end up on European shores. They will stay on Lebanese soil or maybe return to Syria someday, but it is not going to happen tomorrow. The refugee question is extremely complex as it affects the delicate balances in Lebanese society. The European Union and the international community didn’t provide enough support to Lebanon in this matter.

In exchange for the promised aid, donors are demanding austerity measures from Lebanon, which can be found in the new budget. How similar to the case of Greece?

Lebanon is the third most indebted country in the world after Japan and Greece, with a debt reaching over 150% of its GDP. According to the Coface (a French insurance company specializing in export credit insurance), it is expected to reach 152% in 2019.

The CEDRE conference came up with a plan that was similar to the Greek formula, consisting of budget restrictions and limiting public hiring. In Lebanon, this targets in the first place military retirees and teachers. The same logic governs: the need to create a climate that reassures investors. However, austerity measures in the hopes to attract international investments seem to me to be a contradiction in terms, especially for a country that faces major demographic and security challenges. The Greek case is also rich in lessons: today, its debt has increased because the national income has been reduced.