The battle of figures between the government and the parliament over estimated losses in the financial system reveals a lack of political consensus on the distribution of the losses, and risks derailing negotiations with the International Monetary Fund (IMF). 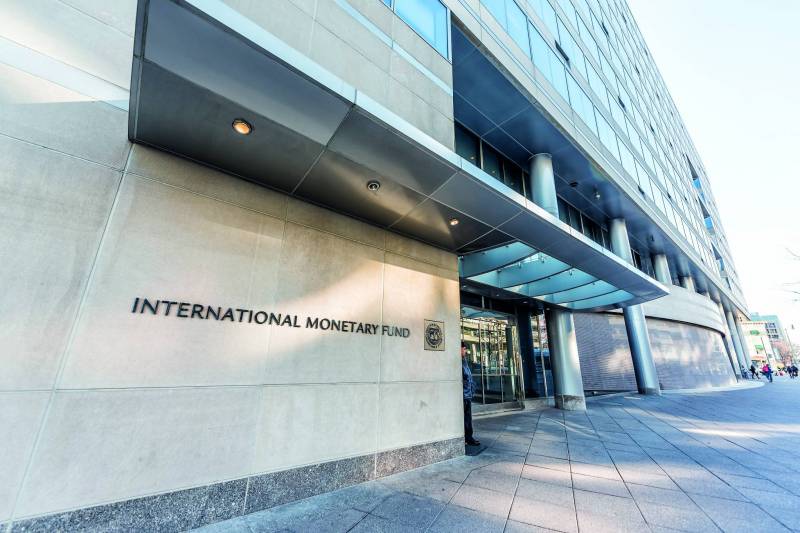 "Surreal." Henri Chaoul, a former advisor to the finance minister who resigned in mid-June, finds no other words to describe the current situation. On the one hand, a government is negotiating with the International Monetary Fund (IMF) on the basis of a rescue plan unanimously approved by the representatives of parliament's majority parties; on the other, a parliamentary committee, supported by the Banque du Liban (BDL) and the banks, says it defends the interests of depositors and advocates a diametrically opposite approach. All this is against a backdrop of massive devaluation of the Lebanese pound and unprecedented economic contraction.

With an exchange rate now exceeding 9,000 Lebanese pounds to the dollar on the black market, which has become the only source of foreign currencies for importers (except for some subsidized commodities), inflation reached a record 56.53% year-on-year in May and the gross domestic product (GDP) is collapsing. According to an InfoPro survey of a sample of 500 companies, 18% of Lebanese companies have ceased or suspended their activities since the beginning of 2019, and the unemployment rate has increased to 30%. This would mean that 550,000 people are now unemployed.

Read also: The painful rescue of the Lebanese economy

In the face of this disaster, the political class agrees that Lebanon urgently needs an injection of capital, and that recourse to the IMF is the only way to mobilize massive aid. But it refuses to pay the price. This double talk is also denounced by the director general of the Finance Ministry, Alain Bifani, who like Chaoul, withdrew from the negotiating team with the IMF and submitted his resignation at the end of June.

What is the situation with regard to the negotiations with the IMF?

More than a month since the negotiations started, discussions stumble over the amount of losses incurred by the financial system. In its rescue plan which was unanimously approved at the end of April, the government, backed by the consulting firm Lazard, estimated net losses on the balance sheets of banks and the BDL, after capital deduction, at 154 trillion pounds (more than $44 billion at a rate of 3,500 pounds per dollar). "Less than 30% of these losses are related to the restructuring of public debt," Chaoul said. The rest comes from the portfolio of loans granted by banks to the private sector, exchange positions in the event of a devaluation at 3,500 pounds per dollar (these positions should increase in the event of greater currency devaluation) and losses incurred for years by the BDL to support the pound, notably through the famous financial engineering.

These figures are considered credible by most observers, as well as by the IMF, whose estimates are in fact higher than the government's, according to several concordant sources — but not by the central bank. In particular, the BDL believes that its past losses can be cushioned by future income and should not be erased. Hence the intervention in the debate of the Parliamentary Finance Committee, which says it wants to "unify Lebanon's position vis-à-vis the IMF," taking into account its point of view and that of the banks.

How did the parliamentary committee come up with figures that were much lower than those of the government?

At the time of going to press, the report of the parliamentary committee had not yet been made public, and the lawmakers contacted by Le Commerce du Levant — Ibrahim Kanaan and Nicolas Nahas — did not wish to answer our questions. But according to various sources, parliamentarians have reduced the amount of net losses by almost half to about 81 trillion pounds, or $23 billion at the fixed rate of 3,500. The difference comes first from a revision of the expected haircut on Eurobonds, from 75% in the government's plan to 60%, and that on treasury bills from 40 to 30%. "I have never seen elected officials who seek to reduce the losses of creditors rather than those of the state," Chaoul said, knowing that the cuts will have to be made elsewhere in the state budget.

Read also: Maurice Sehnaoui: “The State Must Bear Its Share of Responsibility”

The other variable is the amount of private sector doubtful loans, estimated by the government between 20 and 25% of the total portfolio, and reduced to just under 12% by the commission which says its calculations relied on the banks' figures."You can admit that it is a parameter that can vary, but it does not really change the order of magnitude of the total losses," Chaoul said.

It is in fact the accounting of the BDL's losses that is a game-changer. The central bank believes that it will eventually be able to repay the deposits that the banks have placed with it with seignorage revenues; that is, the creation of currency. "But the BDL adopts a medieval definition of seignorage, by accounting for all the money generated and not just the interest generated by the loans it could grant to banks, as is commonly accepted," he added.

"The IMF clearly rejects this approach," said another source close to the negotiations. "One of the tricks to reduce losses is to include in bank assets certificates of deposits maturing after 2024 at a rate of 3,500 pounds per dollar, and BDL's liabilities at an exchange rate of 1,500. The difference would be covered by the creation of money, but the move would devalue the pound further. And depositors will eventually recover their deposits in Lebanese pounds, the value of which will be significantly degraded. This policy of lirification, already applied today, creates inflation that affects the entire population."

Another contentious point is the $15 billion in credits granted by the BDL to the public sector, "whose accounting treatment is not recognized by states, rating agencies or any international organization," Chaoul said. Indeed, the Central Bank has debited the state's account in dollars, and created a temporary account in pounds whose post-devaluation value no longer covers that of credit. "What revenues does the state have in dollars for the Central Bank to hope that it will use one day to repay its debt in foreign currency?" Chaoul asked. These accounting irregularities have prompted the government to request an audit of the BDL's accounts by an international firm, a process that has not yet been initiated.

What is at stake in reducing losses?

The battle is not so much over the amount of losses but the distribution of their burden. The government's plan estimates that banks have been heavily compensated for the risk taken by investing in sovereign debt securities rated since 1997 below "investment grade" and must now bear the losses incurred. The banks say they are victims of a failing state and call on it to use its assets to reduce the bill.

"In what liberal economy are profits privatized and losses socialized?" Chaoul said. "The state has a role to play because it is a systemic crisis. But its aim must be to clean up banks, as institutions, to enable them to finance the economy and support productive sectors; it should not be to protect bankers and large depositors," he added.

For his part, Alain Bifani reminded at a press conference that the losses suffered by shareholders, who will have to recapitalize their establishments or lose their ownerships, will not necessarily result in a haircut on all deposits. The government's plan, he said, calls for recovering "$10 billion illegally transferred abroad,""$20 billion in unjustified interests" and "negotiating with the IMF to leave $15 billion in losses on the BDL's balance sheet."

"Then, there will be $3 billion in losses left. This means that the choice of bail-in; that is, the participation of major depositors in the recapitalization of the banks will not exceed this amount (...) knowing that it does not represent more than 13% of the total of deposits exceeding $10 million each, or 963 accounts out of a total of 2.7 million in Lebanon," he added.

Read also: No to inter-generational theft

"The plan's approach is not that of a haircut on deposits, as has been said," the official said. "I regret that the parties concerned have made no effort to explain it, letting the manipulation take its course. What is the goal? Quite simply, those who have generated staggering income over the years, drawn from the pockets of the Lebanese, refuse to participate, if only in part, in the losses. They want the past profits to be untouchable and for the Lebanese people to pay the price through the collapse of the pound, the freezing of deposits and rampant inflation instead of repatriating part of their profits to Lebanon to revive the economy and recapitalize the banks."

Chaoul also regrets that the government does not defend its own plan and denounces what he called "a political masquerade." "We thought the dispute with the BDL had been resolved at the Baabda meeting, and then we faced the parliament," he said. "The reality is that there is a whole political-financial system, a bankocracy, which knows how to share profits, but does not know how to manage losses, because to manage losses, you have to have a strong and fair state, and principles. And they have none," he adds.

The organic links between the political community and the banking sector were highlighted in a 2016 study by the economist Jad Chaaban. Of the country's 20 largest banks, 18 had politically connected personalities among their largest shareholders, and 15 out of the 20 banks have the chair of the board of directors linked to politicians. According to the study, 43% of bank assets could be attributed to individuals or families close to politicians, and eight political families alone control 32% of the sector's assets. No wonder then that political consensus is difficult to find.

Is there an alternative to the government's plan?

"There is no plan B, nor plan Z," Chaoul said. "Losses must be recognized in order to have a transparent view of the financial sector; if there had been such transparency, we would not have reached the situation we are in now. Today, everyone knows the situation in Lebanon, and no one will invest in it as long as we continue to deny reality. The banks continue to make us believe that the dollars are still there, but that these dollars can only be used in Lebanon. Losses are not decreed, they are seen.

We can then discuss how to manage the losses, do it at once or gradually, negotiate with the IMF (given the current context, a higher-than-usual debt-to-GDP ratio), sustain capital controls to allow the system to absorb losses and possibly use government assets. However, we already have to agree on the diagnosis. The reality is that the political class does not want to make the necessary reforms and seeks to derail the IMF train. The debate over numbers is just a smokescreen."

This analysis is shared by a Western diplomat stationed in Beirut. "Lebanon has always relied on the support of the international community, but it has exhausted the patience of traditional donors, especially as it is no longer part of their priorities. There will be no investment without an IMF program, and the IMF will not be satisfied with half-measures. Without political will, there will be no reforms," he said, adding that he is "worried" about the country's future.

"The only alternative is to let the pound devalue, lirify deposits to erase losses in the banking system in eight to nine years, get hold of state assets, impoverish the Lebanese and push them to immigration," said another source involved in the negotiations, who despite everything is optimistic. "The negotiation process with the IMF will take several more months. The battle has just begun," he added. Meanwhile, the already exorbitant cost of the crisis is only increasing.