Since mid-November, the real estate sector has been experiencing a sudden upturn. The financial crisis has encouraged depositors to invest in real estate, as evidenced by the increase in sales in recent weeks. 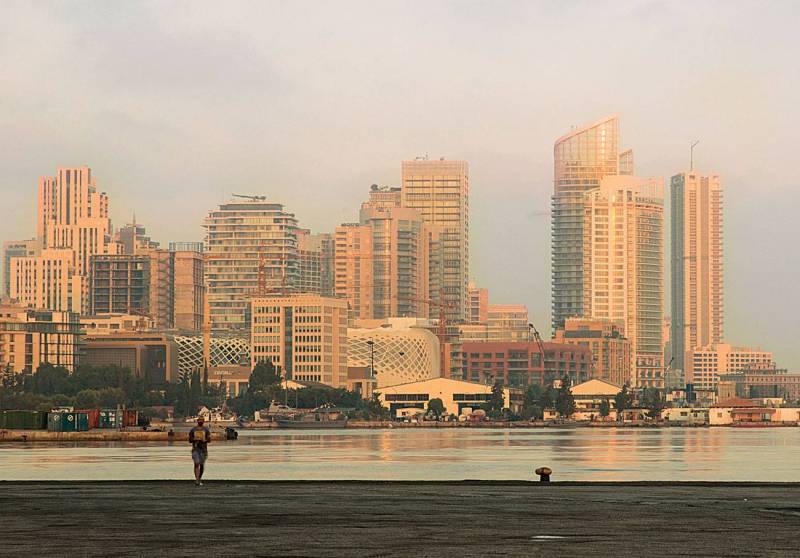 Increasing numbers of Lebanese are turning towards the real estate sector to safeguard their savings. Élie Abi Hanna

Fear of a “haircut” on deposits and an official devaluation of the Lebanese Pound, reinforced by the introduction of informal capital controls, is driving increasing numbers of Lebanese towards the real estate sector to safeguard their savings and protect themselves from a possible country-wide bankruptcy.

Depositors with small budgets are turning to residential property, favoring smaller apartments they hope to be able to rent out more easily. The majority of these investments ranges between $250,000 to $500,000. In fact, investment in rentable property has over the past weeks become one of the best ways to securitize capital with returns of 3 to 5% a year.

In recent months, this has come to represent a windfall for owners who have been looking to sell property. "I have received many calls for my two-bedroom apartment, which has been rented out until 2021 at $2,000 a month, charges included. In the end, I sold it for $500,000, which gives the future owner a return of around 4% a year," said the former owner of an apartment near Sassine Square, who preferred to remain anonymous.

This renewed interest in real estate is also good news for property developers who are currently holding many unsold properties in their stock. Some apartments which had remained unsold for several years have once again become attractive to panicked customers.

"We are in the process of disposing of our stock in projects that have been almost completed, and on which we have to repay our loans. Demand has exploded in recent days. For example, in the Urban Dreams project, which is located on Corniche an-Nahr, we had as many visits in one week as we had done in two years," explains Michel Georr, the CEO of consulting and property management company CGI.

According to several sources, dozens of apartments have been sold in recent weeks. Some of these transactions concern properties that have been under negotiation since before the start of the protest movement but the financial crisis has accelerated sales.

"We sold ten apartments in three weeks on Pasteur Street, a residential project in Gemmayze, and several negotiations are underway for Urban Dreams," confirms Michel Georr.

But not all owners are following the same strategy. Some, on the contrary, have become less flexible, especially as some buyers are so panicked that they do not have time to negotiate.

“We had a downtown apartment offered for 1.2 million [US dollars]. Its owner was ready to sell it this summer for a million, yet it was just sold for 1.15 million. The same happened in Achrafieh where we were trying to sell an apartment for $460,000. For months, we have had no requests. Then suddenly the owner received dozens of requests from real estate agents. So he decided to raise his price to $520,000 and he found a buyer," says an agent, who adds that another owner has just raised his prices in Ras Beirut by 15% after selling a dozen apartments in two months. Consequently, the evolution of prices varies from one building to another depending on the owner’s financial situation. According to Michel Georr, "after having maintained their prices", indebted owners are granting discounts of 20 to 30% compared to one or two years ago, Georr said.

Office and commercial space are also presenting many opportunities. "We are negotiating for an office space in Achrafieh of about 50 m2 at $145,000 already occupied by a tenant who pays $1,000 a month," said a real estate agent.

The market for land is also benefiting from the renewed interest in real estate, with several plots reportedly sold in recent days. Land mainly attracts large investors, who want to get their capital from the banks, or those who want to take advantage of the situation to make attractive deals. Banks are very active in the market and are trying to sell properties to their customers for fear that they will move their savings elsewhere. "Some [banks] are offering buildings where their offices and agencies are located," one agent said.

In downtown Beirut, several properties have found buyers. According to our information, two office buildings and four plots with buildable areas of more than 12,000 m2 have been sold. Land transactions were also carried out in Ras Beirut and Mar Mikhaël.

This new interest in land does not necessary mean that all the plots are being sold. Negotiations are tough and standoffs between owners and potential buyers are often tense.

"Every week, we have properties that are taken off the market, the owners preferring to keep their plot rather than cash a check from which they have no guarantee that they will be able to benefit from. For example, we had a plot of land for more than a year that we were trying to sell for $ 4.5 million in Hamra. A few days ago, we received an offer of $4.1 million to be paid in Lebanon . The owner agreed then 24 hours later, after reflection, he decided to keep his land. He said he had no interest in selling now when his bank barely gives him $500 a week," said a real estate agent who wished to remain anonymous.