Riad Salameh, Governor of Banque du Liban, has announced the launch of a new 100% Lebanese crypto-currency in the near future. The currency will be a “virtual Lebanese pound” destined exclusively for local use. However, many risks have still to be taken into consideration. First off, there are concerns about money laundering and cyber security. 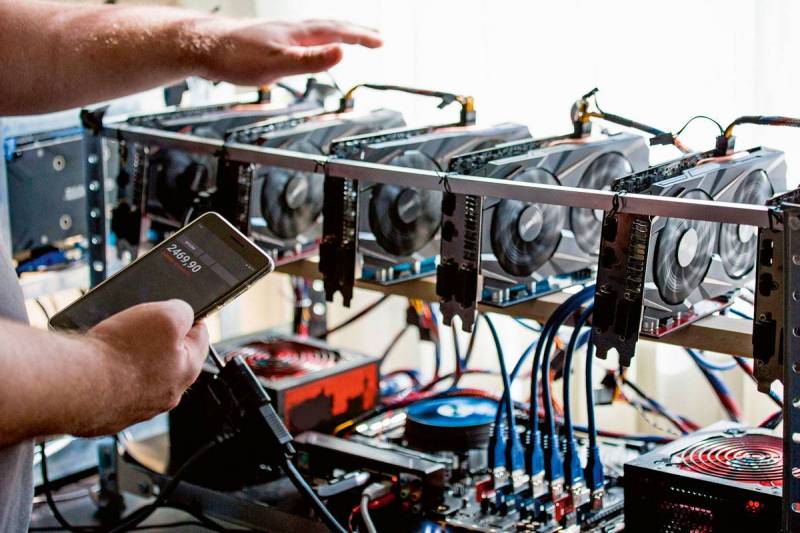 During the fourth Anti-Cybercrime Forum organized at the end of October by the Al-Iktissad wal Aamal press group and the Banque du Liban (BDL) Riad Salameh made headlines with a short statement. “Lebanon will, in the near future, launch its own digital currency”, said the Central Bank’s Governor. This future digital currency, 100% “Made in Lebanon”, will be issued by BDL in Lebanese Pounds and its use will stay strictly national. “Its goal is to ease payment methods, to implement a technological transformation of financial institutions and to lower the costs borne by consumers”, explained Riad Salameh.

BDL’s interest in digital currencies goes way back: in 2013, BDL stated the importance of, and the risks linked to, the development of crypto currencies. Lebanon was the first country in the Middle East to issue an official warning regarding their trade. Salameh reiterated his position in 2017, while claiming that he was considering the creation of a digital currency backed up by the Lebanese Pound. “We understand that crypto currency will play a primary role in the future. But before this BDL has to take the necessary measures and develop a system of protection against cybercrime”, he specified back then.

Last October, the Parliament adopted a law on electronic transactions and personal data. Article 61 of the law makes the first official mention of “electronic and crypto currencies” in a jurisdictional text. The Parliament dodged the issue by giving the Central Bank full responsibility on the enactment of a regulatory framework for these currencies.

The currency BDL wants to create is far from being an isolated example. Tunisia has already launched its e-DINAR in 2015, followed by the e-CFA in Senegal at the end of 2016, both based on blockchain technology. Other states are in a trial phase such as Uruguay, Dubai with its emCash, Iran, which is looking to bypass American sanctions, and Singapore. The Swiss company X8 has received a “sharia-compliant” certificate awarded by the Shariyah Review Bureau, a private auditor accredited by the Bahrain Central Bank, for its “stablecoin”.

If the Lebanese Central Bank seems to be very interested in crypto currencies, it’s because it senses that dematerialization is a crucial step to take. Supported by the International Monetary Fund (IMF), these “Central Bank Digital Currencies” (CBDC) can improve access to secured payment systems  - payments are permanent, instantaneous, less costly than bank transfers and protected against the volatility that characterizes crypto-currencies like Bitcoin.

A digital form of an existing currency, such as the Lebanese Pound, would therefore act as a bridge between the real and the digital world, and improve banking inclusion by offering everyone the possibility to pass from physical money to a digital currency after opening an account at the Central Bank. Contrary to “stablecoins”, like the controversial Tether, whose claimed parity to a currency or an existing asset was disrupted and was never seriously audited, a CBDC cannot detach itself from the national currency.

For BDL, this allows it to benefit from the advantages of digital currencies without abolishing the central authority of the state’s financial institutions. The Lebanese banking system would never have accepted the creation of a “stablecoin” or a decentralized crypto-currency, unregulated by BDL. Other than security and sovereignty issues, any such currency would significantly impact money transfers between the diaspora and Lebanon, which currently represent 20% of Lebanon’s GDP. A peer-to-peer decentralized crypto-currency would allow Lebanese to transfer money without having to pay banking fees.

Even when regulated and centralized, digital currencies may induce risks that the controlling authorities say they are fully aware of. “It is urgent that countries take concerted measures against the use of electronic assets in money laundering and terrorism financing operations”, declared Alwaleed Al-Sheikh, the Executive Secretary of the Financial Action Group of the MENA Region, a regional organization based in Bahrain, during the October forum.

At the time, Riad Salameh specified that “crypto currencies were more often used for money laundering than for terrorism financing, because no exchange mechanism exists for these currencies in war zones”. The risk of money laundering can be contained if the Central Bank checks the origins of the funds that individuals are converting into digital currency. In money laundering, it is still most common to use traditional money, as the recent German police raid on the Deutsche Bank attests.

For a healthy digital currency to emerge in Lebanon, authorities will have to respond to requirements of compliance, identity checks on the client (KYC), and the origin of the client’s funds (AML), which are the same as those undertaken by the traditional banking system. Yet, the procedures are very different, and are often based on the blockchain. There are companies specialized in the financial technology security that could take on the role of certifier, as provided for by the law published in last October 18th Official Journal. These certification service providers could generate private and public keys validating electronic transactions in Lebanon on behalf of the central bank. Such a company would then have to handle personal data (name, email, phone number, etc.) and serve as an intermediary between the parties of the electronic contract.

In cases of dispute the Lebanese Accreditation Council (Colibac) — instituted by law number 575 of December 11th, 2004, but never made operational — would audit the private certification providers if the company had not been previously accredited. Accreditation by the Colibac is not mandatory, but it would speed up the settlement of disputes, and any proof of illegal activity uncovered would be made available to the judiciary .

Given the complexity of the system and the slowness of execution to be expected due in particular to the inactivity of COLIBAC, blockchain technology offers an interesting solution. It would allow electronic transactions to be saved and certified automatically according to predefined official standards, making it almost impossible for disputes to occur.

In Lebanon, experimentations have already taken place in the private sector; at the end of 2015, AID:Tech partnered with humanitarian experts to give out international aid to Syrian refugees using the blockchain.

In mid-October, ConsenSys, an American company specialized in the blockchain, organized an event in Beirut where training workshops and a hackathon took place. The thirty-two participants received training and the first prize of the hackathon was awarded to BlocRefs, an online tracking solution for refugee donations.

* Alexis Maloux is the Head of Business Intelligence at CSI, a consulting and business intelligence company based in Beirut, specializing in blockchain forensics, big data, investigations, security and risk audit.